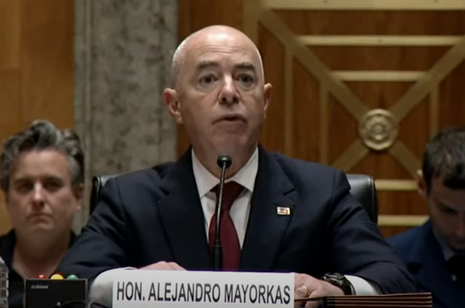 Times “veteran” foreign and national security correspondent Steven Lee Meyers published an asinine story headlined: “A Panel to Combat Disinformation Becomes a Victim of It.” Meyers mourned that the Department of Homeland Security was “suspending the work” of the DGB “intended to combat disinformation after what the department described as a deliberate disinformation campaign.”

According to Meyers’ lament, “the fiercest denunciations came from the right,” which included correct characterizations of the DGB as “an Orwellian Ministry of Truth that would police people’s speech.” The DHS paused the DGB’s operations after significant backlash.

Meyers proceeded to act like a mouthpiece for the DHS: “Instead, it was meant to coordinate the department’s various agencies in the fight against malicious disinformation by foreign adversaries, drug or human traffickers or other international crime groups.” Did Meyers forget that former DGB executive director Nina Jankowicz once parroted Biden’s talking points that the now-verified New York Post Hunter Biden laptop story was a “Russian influence op?” 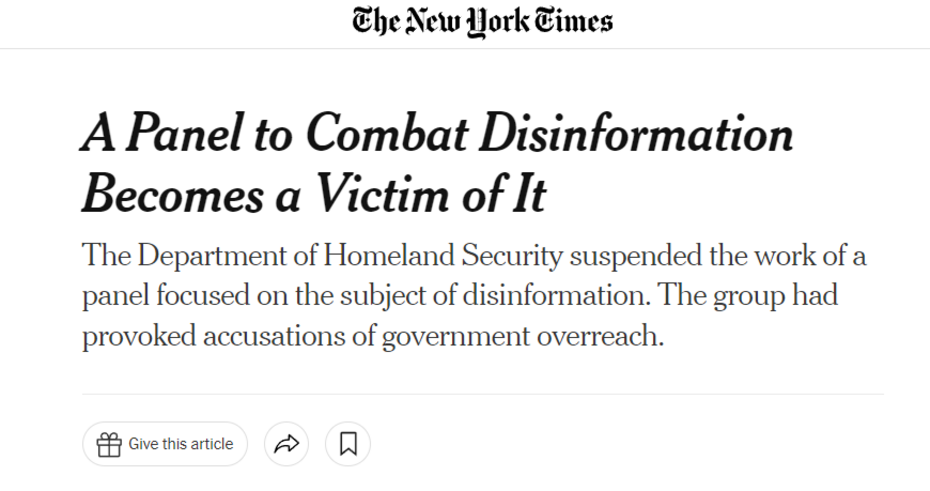 Lorenz, the infamous “crybully” Washington Post columnist who doxxed the owner of the popular Libs of TikTok Twitter account, also lashed out over Jankowicz’s departure in a story headlined: “How the Biden administration let right-wing attacks derail its disinformation efforts.”

Lorenz attempted to label as “far right” those who disagreed with the left’s position and moaned that Jankowicz was the target of “vicious, coordinated” attacks before the board paused. To quote the old adage: “Birds of a feather flock together.”

Back on the "laptop from hell," apparently- Biden notes 50 former natsec officials and 5 former CIA heads that believe the laptop is a Russian influence op.

Meyers proceeded to cite the government loyalist as somehow of a flex against DGB critics:

‘False attacks have become a significant distraction from the department’s vitally important work to combat disinformation that threatens the safety and security of the American people,’  the department’s statement said.”

Conservatives are under attack.  Contact The New York Times at 1-(800) 698-4637 and demand it stop acting like a shill for Biden’s Ministry of Truth.