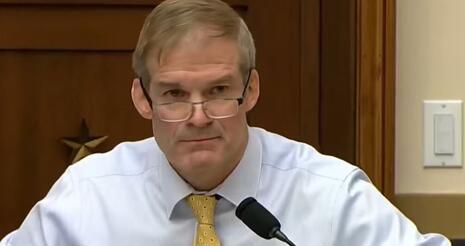 The letter, co-signed by fellow committee member Rep. Ken Buck (R-Colo.), says that Twitter’s censorship of then-President Donald Trump should be a warning to all Americans:

“Big Tech, especially Twitter, Inc., is engaged in systemic viewpoint-based discrimination. In the unfortunate phenomenon of “cancel culture,” Twitter plays a leading role in silencing and censoring political speech of conservative Americans. In recent months, Twitter throttled the dissemination of a mainstream newspaper article critical of then-candidate Joe Biden’s son and later took the unprecedented step of de-platforming the sitting President of the United States. If Twitter can do this to the President of the United States, it can do it to any American for any reason.”

The letter reminds Dorsey that Twitter has failed to provide documents requested last January – and that “Since then, Twitter’s conduct has only become more brazen.” It closes by setting a new deadline of March 18, 2021 for providing the requested information:

On July 8, 2020, Ranking Member Jordan and then-Ranking Member Sensenbrenner wrote to you requesting documents from Twitter as part of the Committee’s examination of the size, competitiveness and role of social media companies. Although Twitter’s lawyers offered a telephonic briefing, Twitter ultimately failed to provide any requested documents to aid our efforts in overseeing the digital marketplace. Since then, Twitter’s conduct has only become more brazen. Accordingly, we write to you to reiterate our request that Twitter provide the following documents and information:

2.       All documents and communications referring or relating to Twitter’s decision to apply a “fact check” notation to President Trump’s May 26, 2020, tweets concerning mail-in ballots, including how Twitter decided what additional information to make available to users concerning mail-in voting, and

3.       All documents and communications referring or relating to Twitter’s decision to apply a notation asserting that President Trump’s June 23, 2020, tweet concerning an autonomous zone in Washington, D.C. violated Twitter’s policy against abusive behavior and threats of harm against an identifiable group.

Thank you for your prompt attention to this matter.