Lawmakers from both parties want President Joe Biden to get involved in new tech legislation leading up to the 2022 election. This is a dangerous move for free speech, as Biden’s administration has explicitly supported increased censorship online. 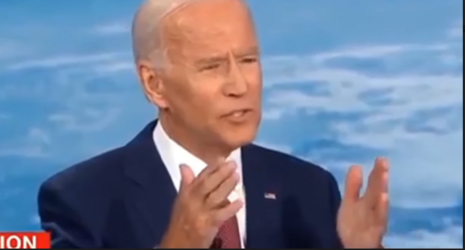 Sen. John Thune (R-SD) is among those who have called on Biden to support efforts at Big Tech reform, according to Newsmax. “The White House has proven that it can get involved in legislative priorities when it wants to, so I hope the president and his team step up and provide some much-needed and long-overdue leadership on this front,” Thune reportedly said. A Biden administration official already told The Wall Street Journal that Biden was interested in addressing “incentives [tech platforms] create to promote sensational and divisive content.”

Sen. Richard Blumenthal (D-CT) stated, “There’s a real win here for the president if he seizes this moment along with us.” Blumenthal repeatedly called for former Trump advisor Steve Bannon to be banned from Facebook in 2020, and has more recently called for increased online censorship of “misinformation.” Blumenthal also spoke at a Communist Party award ceremony earlier this month and has invested in a company tied to China, raising questions about whether he supports oppressive Chinese-style censorship online. As for Sen. Thune, he is considering retiring partly because he believes Donald Trump has too much influence in the Republican party, according to The New York Times.

Pro-Biden Wall Street firm Cowen Washington Research Group said that Biden’s support would significantly increase the chance some tech legislation has of passing, The Journal wrote. Among the so-called tech reforms are the Health Misinformation Act, introduced by Sen. Amy Klobuchar (D-MN), which would provide an “exception” to Section 230 immunities. The exception would apply if a platform’s algorithms promoted a post deemed to contain allegedly “false health information” during a declared national emergency, according to Media Post.

Biden himself has supported increased online censorship in the past. He rescinded former President Donald Trump’s executive order aimed at investigating Big Tech censorship in May. Reports in August stated that Biden’s administration had been pressuring Facebook to censor any information that contradicted the administration’s COVID-19 narrative. White House Press Secretary Jen Psaki admitted that the Biden administration had “raised. . .concerns” with Facebook about alleged “inaccurate” information online. Biden’s campaign website had promised an internet censorship taskforce allegedly to ensure more safety for women online in November 2020.

Free speech advocates should be wary of any measures supported by politicians like Biden, who have a proven track record of pro-censorship, anti-free speech actions.

Conservatives are under attack. Contact your senators and demand that any ideas they support protect conservative speech. Tech giants should afford their users nothing less than the free speech embodied in the First Amendment as interpreted by the U.S. Supreme Court. If you have been censored, contact us using CensorTrack’s contact form, and help us hold Big Tech accountable.