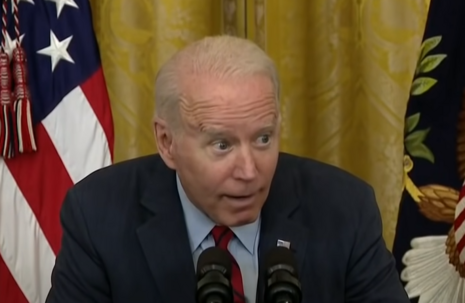 President Joe Biden is at odds with the First Amendment. His administration has reportedly pressured Facebook for several months to censor Americans who post views contradicting the administration’s COVID-19 narrative.

The First Amendment prohibits the federal government from restricting the right of Americans to freely express their beliefs. However, in an attempted end run around the Constitution, the Biden administration has pressured Facebook to adopt the government’s position on “misinformation” concerning messaging about COVID-19, according to The New York Times.

The liberal newspaper reported that then-White House senior advisor for COVID-19 response Andy Slavitt reached out to Facebook Vice President of Global Affairs Nick Clegg in March and “delivered an ominous warning” about the company’s future and alleged responsibilities. “For many weeks, Mr. Slavitt and other White House officials had been meeting with Facebook to urge the company to stop the spread of misinformation about the coronavirus vaccines,” The Times reported.

The Times detailed the escalating tension between the Biden administration and Facebook over the course of the year: “In March, Mark Zuckerberg, Facebook’s chief executive, called Ron Klain, the White House chief of staff, and discussed health misinformation. The White House grew so frustrated by Facebook’s answers in the internal meetings that at one point it demanded to hear from the data scientists at the company instead of lobbyists.”

The newspaper also published a quote from White House Rapid Response Director Mike Gwin explaining that Facebook hasn’t “‘lived up’” to the Biden administration’s standards. “‘We’ve engaged with Facebook since the transition on this issue and we’ve made clear to them when they haven’t lived up to our, or their own, standards and have actively elevated content on their platforms that misleads the American people,’” Gwin said, according to The Times. The White House official appeared to admit that the Biden administration is setting “‘standards’” that it expects Facebook to follow and implement.

The news should come as no surprise considering that the Biden administration has publicly ramped up its attacks against Facebook throughout the summer. Biden appeared to claim that Facebook was “killing people” in July before backtracking. White House Press Secretary Jen Psaki also said that Surgeon General Vivek Murthy’s office was “flagging problematic posts for Facebook that spread disinformation.”