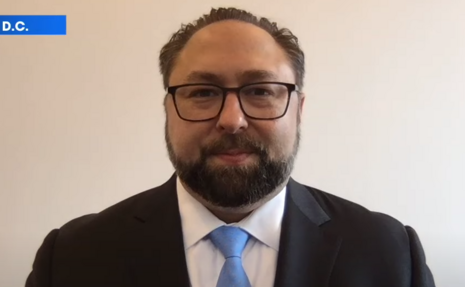 GETTR CEO Jason Miller fired back against Politico after the media outlet launched an attack against his new platform claiming that it is a hotbed for terrorist activity.

Politico reported that free speech alternative platform GETTR was “inundated with terrorist propaganda spread by supporters of Islamic State.” The liberal media outlet further reported that GETTR “features reams of jihadi-related material, including graphic videos of beheadings, viral memes that promote violence against the West and even memes of a militant executing [former President Donald] Trump in an orange jumpsuit similar to those used in Guantanamo Bay.” The story ended with a statement that Politico reportedly obtained from Miller. However, the GETTR executive said that Politico is “refusing to print [his statement] in its entirety.”

In his response on GETTR, Miller attacked ISIS and called out Politico for its reporting:

“ISIS is trying to attack the MAGA movement because President Trump wiped them off the face of the earth, destroying the Caliphate in less than 18 months, and the only ISIS members still alive are keyboard warriors hiding in caves and eating dirt cookies. Buried beneath a misleading and inflammatory headline, however, even Politico acknowledges GETTR has a robust and proactive moderation system that removes prohibited content, maximizing both cutting-edge A.I. technology and human moderation.”