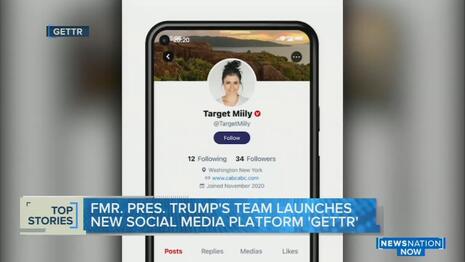 “GETTR,” which Miller says evolved from “getting together,” will launch on July 4. However, the platform’s app is already in the App Stores.

Miller says the new platform will be open to users worldwide.

"Let’s get together, we’re talking about a sense of community," Miller told Fox News. "We think it will ultimately be a global platform—not just conservatives in the U.S. We want people from all political stripes to join the platform."

He added that the release date is intentional.

"We believe there needs to be a new social media platform that really defends free speech, and one that doesn’t de-platform for political beliefs," he continued. "This is a challenge to social media monopolies."

GETTR will allow users to post messages with up to 777 characters, post videos up to three minutes long, and edit the videos within the app.

Users will also be able to import their tweets into GETTR.

"You can import these tweets so that your hard work, creativity, your intellectual property comes with you," Miller said, adding that this feature is a "one-time” option upon creating a GETTR account.

When asked if he is concerned about a potential legal challenge from Twitter, Miller said he is prepared.

"They are not publishers, they can’t have it both ways," he argued. "You can’t say we have a publishing exemption, but you can’t do anything with your own intellectual property. The rules are very clear, you own your tweets and you own your posts."

Miller expects his former boss to join him soon on the new platform under the famous “realdonaldtrump” handle.