MyPillow CEO Mike Lindell chose to take matters into his own hands after Twitter banned him in January. He has now created a new social media platform called “Frank” that is reportedly close to launching for conservatives seeking to speak their minds in a more wholesome atmosphere.

Lindell explained the idea behind the platform in a short video on the FrankSpeech website before its limited April 16 opening: “This is gonna be a platform like no other. It's kinda like a YouTube-Twitter combination.” Lindell made sure to assure viewers: “We’re going to be attacked, but I have my own servers and everything,” he explained. “We’re not gonna be worried about Amazon taking it down or YouTube or Google or Apple.”

Lindell also explained that his plan for a more family-friendly platform was a feature, not a liability: “You don’t get to use the four swear words: you know, the c-word, the n-word, the f-word or God’s name in vain,” he explained. “Free speech is not pornography. Free speech isn’t, ‘I’m gonna kill you.’” 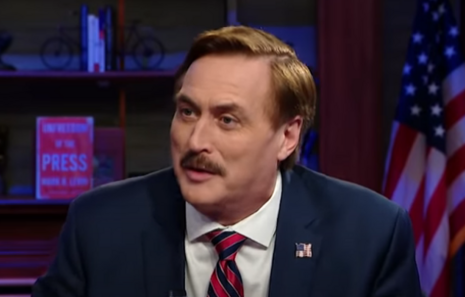 Lindell has made his platform free from being deplatformed by Amazon or Apple, but that comes at a steep price, The Verge illustrated:

“To avoid deplatforming efforts from app stores, the Frank social network is formatted as a web app and accessed by navigating to the site from a mobile browser. This means it doesn’t have to comply with Apple and Google store guidelines, but it also severely limits the app’s functionality.”

Lindell has been ambitiously launching alternatives to multiple liberal Big Tech platforms, including Amazon, which the House Antitrust Subcommittee has accused of having a monopoly in e-commerce.

Lindell stated in a video promotion that MyStore, another one of his platforms, will be an alternative to infamously liberal and censorious Amazon: “For years entrepreneurs and inventors have [come] to me with products and ideas, and they don't know how to market them. Or I haven't had the time even to show them.” He proposed his solution: “I am going to put vetted products from great entrepreneurs up here, like you see a sampling of them here today, that are going to change this country.”

Lindell had earlier announced his plans on "[Steve Bannon’s podcast War Room: Pandemic] that he was launching a company called MyStore as a rival to Amazon,” Business Insider noted.

Lindell has been a stalwart supporter of former President Donald Trump, and an outspoken skeptic of the 2020 election’s integrity. Twitter banned Lindell from its platform in January for “repeated violations of our Civic Integrity Policy,” a Twitter spokesperson told Free Speech America.