Big Tech continued to silence Americans and conservative politicians who disagreed with the woke elite ruling class in May. Facebook and YouTube made it especially clear that they are willing to work tirelessly to censor the people attempting to keep Silicon Valley in check.

Corporations have always protected their interests, but our nation has never faced a power like Big Tech that can blatantly censor anyone for almost any reason. For example, the Facebook Oversight Board temporarily upheld the platform’s suspension of former President Donald Trump in early May. Before his ban, Trump had the biggest megaphone calling out Big Tech’s hypocrisy, and Facebook suspended him after he called for peace following the Jan. 6 Capitol riot.

Facebook also targeted Senator Ted Cruz (R-TX), Senator Josh Hawley (R-MO), Congressman Steve Scalise (R-LA) and more than 100 other elected officials who voted against certifying the 2020 presidential election. The company will reportedly no longer provide political donations to the elected officials in what appears to be another distasteful attempt at punishing anyone aligned with Trump.

The month of May was a harsh reality for Americans thinking that our nation’s corporations had respect for the First Amendment. Here are the five most egregious examples of Big Tech’s overt censorship in May:

Facebook banned then-President Donald Trump from its platform after he called for peace following the Jan. 6 Capitol riot. Facebook CEO Mark Zuckerberg completely ignored Trump’s attempt to calm the situation at the Capitol and accused the former president of using social media “to condone rather than condemn” the actions that occurred. Facebook’s Oversight Board temporarily upheld the decision in May. 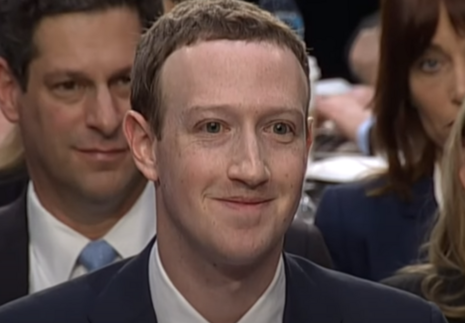 The Oversight Board upheld Facebook’s suspension of Trump and gave the platform six months to review the decision. The move was unsurprising considering that a majority of the Oversight Board’s members are not from the United States and have left-wing views. Current members include Yemeni activist and Nobel Peace Prize winner Tawakkol Karman who has ties to the Muslim Brotherhood and Pakistani lawyer Nighat Dad who has openly tweeted against Trump.

With the left-wing anti-American bias on Facebook’s Oversight Board, there was no surprise that its members refused to support free speech and allow Trump back on the platform. Facebook has not allowed Trump to have a voice on the platform since his suspension, even through interviews. And the company does not appear to be in any rush to make a decision before the end of the six-month timeframe that the Oversight Board gave it.

Facebook is no different from other corporations in that it donates to politicians to sway future legislation and to garner influence. However, the company reportedly made the decision to not donate political contributions to elected officials who refused to vote to certify the 2020 presidential election. Trump and elected officials had concerns regarding the integrity of the last election, but rather than at least listen to their concerns, Facebook is punishing them.

In total, eight Republican senators and 139 Republican members of the House of Representatives chose to not certify the election results, according to The Hill. Sen. Cruz, Sen. Hawley, Rep. Jim Jordan (R-OH) and Rep. Scalise were among the lawmakers who voted against certifying the election.

Politicians should not rely on Big Tech contributions considering that Silicon Valley has appeared to have no respect for the First Amendment. But Facebook has exposed its blatant bias by choosing to punish primarily Republican officials who were elected by the American people. Forbes reported that a majority of Republican voters “believe Trump’s claims that Biden’s win was due to widespread voter fraud.” Facebook has now planned to punish the politicians who share the concerns of their constituents over the integrity of last year’s election.

Former Apple employee Antonio García Martínez wrote a best-selling book called Chaos Monkeys before the company hired him. And according to Martínez, Apple “was well aware” of what he wrote in the book. He added that the company questioned his references “extensively” regarding his book and his “professional persona.” Martinez contended, however, that Apple still caved and fired him when its woke employees appeared to call for his expulsion.

In his book, Martínez made a controversial statement toward Silicon Valley women that some Apple employees didn’t appear to take well. He wrote in his book: “Most women in the Bay Area are soft and weak, cosseted and naive despite their claims of worldliness, and generally full of shit.” Apple employees said in a petition they were “deeply concerned” with his “misogynistic statements.” The employees reportedly stated: “[W]e expect and deserve a transparent, intentional, and detailed strategy from Apple to ensure our culture of inclusion is strong enough to protect our team members against biases like these that ANY new hire brings.”

Martínez was reportedly no longer working at Apple only hours after the petition signed by more than 2,000 employees went public. The company also reportedly told The Verge following Martínez’s exit that “[b]ehavior that demeans or discriminates against people for who they are has no place here.”

The Louder with Crowder team said that YouTube suspended conservative commentator Steven Crowder’s channel for two weeks and issued a second strike against it. Crowder’s team also said that YouTube hit his secondary channel CrowderBits with a strike and smaller suspension of just one week. A third strike could lead to the termination of Crowder’s main channel.

Crowder has refused to let YouTube censor him without a fight. In a video on YouTube-alternative Rumble, he said: “As of last Thursday, May 14, my lawyer Bill Richmond and I have filed a notice of a lawsuit against YouTube and are seeking an injunction to prevent them, to stop them from currently deplatforming us. I want to be really clear: This is different from claims and counterclaims or people thinking that their content is being throttled. We’ve officially sent a notice of a lawsuit. Very different level. This is the big one, boys and girls.” Crowder appeared ready for a legal battle to ensure that free speech is protected on YouTube.

Facebook quietly unpublished the page of the pro-life organization LifeSiteNews as the tech world focused on Trump. The platform’s Oversight Board had an upcoming decision to make on the former president’s suspension. Facebook appeared to use the opportunity in a failed attempt to remove the pro-life page without much media attention.

The platform has removed and banned COVID-19 content that Facebook disagrees with. A representative from LifeSiteNews told the Media Research Center in an email that Facebook had removed the page “for publishing this piece based on official government data.” The email included a link to an article with the headline: “COVID Vaccines Can Be Deadly for Some.” However, LifeSiteNews also mentioned that its article was just “a theory based on an understanding of immunology.”

Ilyse Hogue, then-president of the pro-baby killing National Abortion Rights Action League Pro-Choice America (NARAL), took credit for helping Facebook deplatform LifeSiteNews in a tweet: “Big news: Facebook deplatformed LifeSiteNews this week for gross distribution of COVID disinformation. This didn't happen because of their good will. @NARAL @mmfa @HRC @glaad worked to document these transgressions and share them with Facebook. And I have some thoughts.” She continued to say that “[t]he more platforms that ban LifeSite, the better.” For the far left, censorship has appeared to be a tool to silence Americans with opposing views.