A bipartisan bill would give authority to the National Science Foundation to choose university researchers to obtain data from social media companies pertaining to their data management practices. Sens. Rob Portman (R-OH), Amy Klobuchar (D-MN) and Chris Coons (D-DE) are preparing to introduce the legislation. 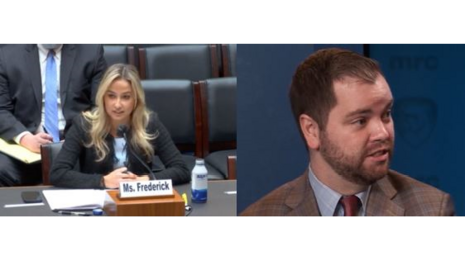 The data to be disclosed would include content that violates platforms’ standards, the processes driving algorithms’ elevation of such content, info about user accounts “responsible” for such content, and aggregated user demographic or geographic data, according to the proposal’s text.

The proposal surfaced as Democrats have called for more censorship and Republicans are battling for less censorship.

Klobuchar herself in October said Facebook should ban so-called “vaccine misinformation” similar to YouTube’s restrictive ban. And Sen. Richard Blumenthal (D-CT) is among several lawmakers who have called for pro-censorship President Joe Biden to help with tech reform.

The yet-to-be-introduced data transparency proposal is one of several pieces of tech legislation Congress is currently considering. Those bills cover a wide range of topics, including antitrust, Section 230 reform, data transparency, and other areas.

To discourage the government and university researchers from cloistering control of companies’ and users’ data, it’s key for the Portman/Klobuchar bill to have enforceable requirements for tech companies to make public disclosures, said Heritage Foundation Research Fellow in Technology Policy Kara Frederick.

The current proposal says that government-selected university researchers must collect certain internal and user data from Big Tech companies. The Federal Trade Commission (FTC) would have ultimate oversight of the disclosure process, and would have to “endeavor” to make required information “public,” according to the discussion draft. But it would be up to the FTC’s discretion about whether to force companies to make their disclosures fully public.

Other hedging language says companies must make data about users’ violating content public only if the FTC deems such public disclosures to be “appropriate” in its regulatory authority.

“There must be a public availability component to any of these measures, or else the moves towards transparency are all in vain,” Frederick said.

American Principles Project Director of Policy and Government Affairs Jon Schweppe was skeptical about legislative measures that give the government too much exclusive oversight of tech data.

Congress often intentionally writes legislation in terms that are vague and not explicit, he said. This way, “the administrative state can write all the rules and [politicians] don’t have to take the blame for anything,” he noted.

Schweppe, whose organization is also a member of the Free Speech Alliance, said in a phone interview that lawmakers should avoid establishing the FTC as a “government middleman” for oversight of Big Tech data transparency.

“There’s a lot to be said for individuals having ownership over their own data. This bill wouldn't do that,” he said during the phone interview. “The bureaucratic involvement here might provide conservatives with a little heartburn.”

Ethics & Public Policy Center (EPPC) policy analyst Clare Morell said she is pessimistic about the data proposal’s ability to respond to conservatives’ concerns about Big Tech transparency. Involved government agencies would likely give research projects to “liberal academic researchers who likely wouldn't be trying to study the censorship of conservatives,” she noted in an email. EPPC is part of the MRC-led Free Speech Alliance.

Congressional Republicans’ views vary on how broad a role the government should have in implementing key transparency regulations, according to conservative aides who spoke with MRC.

Some congressional staffers said that giving university researchers and the government exclusive visibility into Big Tech’s content management practices would inject politics into the research and oversight processes.

“If we give big government control of our data, they can then search people that they don't like and start censoring and targeting them with the government agencies like the IRS,” one congressional aide told the MRC.

But another Senate aide who supports the legislation said they are “very confident” the draft, as written, would not limit free speech, and simply would clarify the internal workings of social media companies.

Slated for introduction in the coming weeks, the proposal would prevent social media companies from hiding internal company decision-making processes that drive content moderation, the aide said, adding that other legislation would be needed to tackle other key tech issues, including censorship and content moderation.

“We're not trying to wade into these debates about what kind of content should be left up or taken down,” the aide said. “We want this access to companies. They can continue to be doing the things that they’re doing, but we want to know about it.’”

Conservatives are under attack. Contact your local representative and demand Big Tech be held to account to mirror the First Amendment while providing transparency. If you have been censored, contact us using CensorTrack’s contact form, and help us hold Big Tech accountable.