The debate over the bipartisan antitrust American Innovation and Choice Online Act just took a new direction, as censorship advocates indicated that one provision could protect the free speech of Big Tech-alternative platforms. 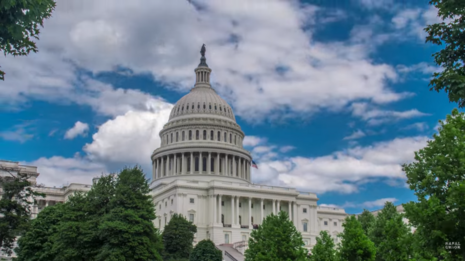 The bipartisan American Innovation and Choice Online Act, introduced by Sen. Amy Klobuchar (D-MN), has support from key Senate Republicans including Ted Cruz (TX) and Josh Hawley (MO). The bill would prevent platforms from favoring their own products over those of competitors. Section 3(a)(3), however, forbids platforms from discriminating in the “application or enforcement of [their] terms of service” against similar businesses in a way that would hurt competition.

Tech Policy Press writer and attorney Carmen Scurato warned that the provision is “a massive loophole that would undermine a tech platform’s ability to remove entities that traffic in hateful, racist, violent or otherwise dangerous content.” In other words, the bill could protect alternative platforms from sabotage by Big Tech. Scurato wrote that Sen. Alex Padilla (D-CA) cited pro-free speech social media app Parler as an example. The platform, which Apple, Google and Amazon censored, might receive protections under this bill. Scurato whined that alleged “hate speech” and so-called “vaccine disinformation” could simply be considered “competing political or health information.” Apparently the First Amendment exercise of free speech is threatening to Scurato and Padilla.

Free speech advocates say that simply because a platform or politician disagrees with a statement, it does not justify censorship of content. Big Tech has been wildly inconsistent about its moderation policies in the past. Twitter, for example, appeared to allow extremist officials and other entities to violate its policies without censoring the content. Furthermore, facts aggressively dubbed “misinformation” in the past have since been acknowledged as plausible or true even by leftists. The Wuhan laboratory leak theory of COVID-19’s origins is one example.