This summer, Facebook is debuting its own slate of original programming, funded by the tech giant. Out of the seven original shows announced, five have clear left-wing agendas.

ABC’s On Location promises to provide daily coverage of “the top headlines that are driving the day.” The network has had a hard time keeping that coverage neutral. 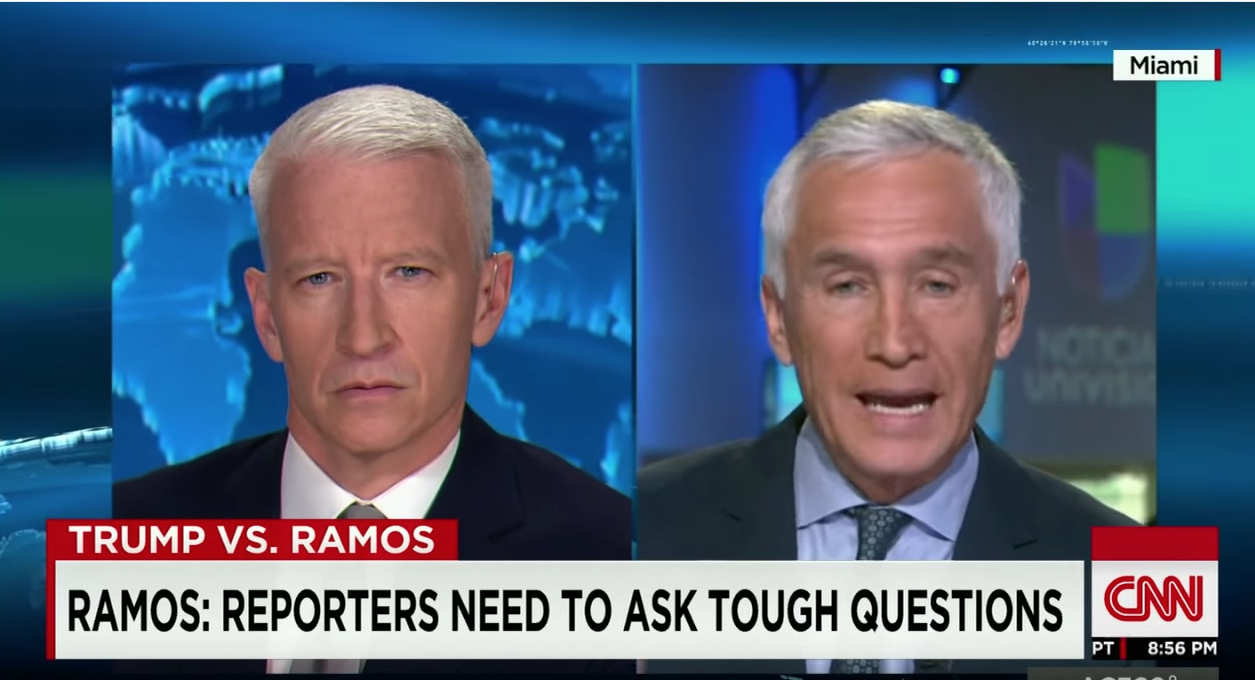 On World News Tonight, foreign correspondent Terry Moran mentioned the clashes on the Israeli border when discussing Ivanka Trump and Jared Kushner’s visit to the area to open the U.S. Embassy in Jerusalem. Explicitly political, ABC News senior congressional correspondent Mary Bruce applauded female Democrats running for office, saying in May, “And last night, Democratic voters there showed they can turn out high numbers and that some of those women are poised to make history.” The View host Joy Behar recently had to apologize for accusing Vice President Mike Pence of being mentally ill for hearing the voice of G-d.

The Facebook-funded CNN show will explicitly feature liberal anchor Anderson Cooper and guests on Monday-Friday evenings. Recently, Cooper has criticized Trump for playing to his own “political base” and has compared the president to Wile E. Coyote and Mr. Ed. Cooper was also embroiled in controversy when he claimed that an unauthorized user took control of his Twitter account to call Trump a “[p]athetic loser.” In addition to his views against Trump, Cooper also praised former presidential candidate Hillary Clinton for her yoga routine.

ATTN:, which will host a “weekly explainer show” with a “rotating cast of social influencers” is best known for its viral videos already hosted on Facebook. ATTN: has an entire series dedicated to “America Vs,” which is intended to show how much worse off America is than other places around the world. Its series has videos titled “America Vs. Sweden: Trash,” “America Vs. Australia: Gun Laws,” and even just bluntly “America should do more to protect its children.” The “What If?” series asks questions like “What if we talked to straight couples the ridiculous way we talk to gay couples?” and “What if men had to deal with getting birth control the way women do?”

The description of Mic’s Dispatch show promises to provide a “complicated, diverse and full of potential.” Its website, likewise, repeatedly promotes the importance of “diversity” by mentioning “Diversity Perspectives” and “Cultural Breakthrough” in its “Commitments” section of its website. The site has been criticized for having “exploited social justice for clicks” before its pivot to video an and of being “SJW-Central.” The change in direction, however, has not led to less biased coverage.

Recent headlines on Mic include “Mic Daily: Jungle primaries, Pride Month merch, Trump’s misinformation war and more” and “Today in Trump’s America: Trump admin urges courts to throw out pre-existing condition protections.” Mic’s current crop of Facebook videos, for example, include anti-Trump remarks made by late chef Anthony Bourdain after news of his passing and “This is living #WhileBlack.”

Similarly, the description for Real America with Jorge Ramos claims the show will involve Ramos going around “the country to talk to immigrants of diverse backgrounds and situations, delivering a rarely covered view of today’s America from their perspective.” The summary states the stories will also be covered in Spanish. Ramos has called for the defeat of President Trump in 2020, asked a guest whether Sen. Ted Cruz (R-Texas) is a race-traitor, and mocked Trump’s son for celebrating his birthday in a Mexican restaurant.

There are only two channels slated to appear on the new Facebook-funded Facebook Watch feature that do not necessarily promote liberal politics. Fox News’ show will be hosted by Carley Shimkus during the weekday morning, Shepard Smith during the weekday afternoon, and Abby Huntsman on the weekends.

Advance Local’s show will be led by the Alabama Media Group, which has brands such as AL.com and It’s a Southern Thing. John Archibald, a writer for AL.com, won the Pulitzer Prize for commentary for writing about the U.S. Senate race between Democrat Doug Jones and Roy Moore.