Facebook COO Sheryl Sandberg spent her tenure at Facebook (now Meta) supporting radical pro-abortion policy and overseeing Facebook’s plunge into censorship-obsessed cesspool. Now that Roe v. Wade may be meeting its end, she announced her imminent departure from the company.

“Today, I am sharing the news that after 14 years, I will be leaving Meta,” Sandberg announced June 2. “Over the next few months, Mark and I will transition my direct reports and I will leave the company this fall. I still believe as strongly as ever in our mission, and I am honored that I will continue to serve on Meta’s board of directors.”

Fortune reported that “the likely overturning of Roe v. Wade by the U.S. Supreme Court has added some urgency to advocating for women.” 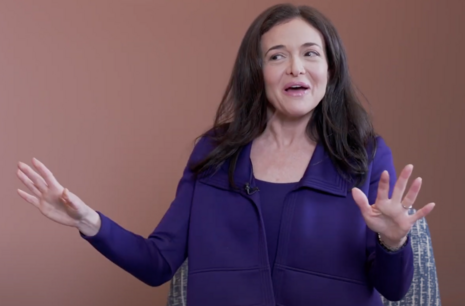 Indeed, Sandberg has an odious history of liberal activism, especially concerning the left’s sacred so-called “right” to slaughter the unborn.

Liberal HuffPost quoted Sandberg in 2019 saying, “‘I think this is a very urgent moment where the rights and the choices and the basic health of the most vulnerable women — the women who have been marginalized, often women of color — are at stake.’”

She reportedly added that Planned Parenthood would “‘fight back in the courts, in Congress, in the state houses, in the streets, for women’s health and rights.’”

She reportedly made a sizable $1 million donation to Planned Parenthood in 2017, after former President Donald Trump stepped into office. She referred to modern Republican legislation protecting life as “‘draconian,’” according to the HuffPost piece.

But abortion has not been her only far-left stance. Sandberg oversaw Facebook’s transformation into a politicized censorship platform.

Sandberg claimed she was “glad” that Facebook decided to ban then-President Trump’s account. She rationalized that the purge of a sitting president was done in the name of “‘democracy.’” “‘In this moment, the risk to our democracy was too big, that we felt we had to take the unprecedented step of what is an indefinite ban, and I’m glad we did,’” she said.

Following through on her promise, Sandberg warned in an interview on MSNBC that the platform was prepared to take action if Trump violated its Community Standards. “Well, when the president violates our hate speech standards or gives false information about voter suppression or coronavirus, it comes down,” said Sandberg when asked if Facebook would “be more aggressive about monitoring the president’s speech.”

Sandberg was not asked what would happen if then-Democratic nominee Joe Biden violated the same policies.

She notably coordinated with foreign and domestic  institutions to crush freedom of speech in America.

Sandberg declared war on free speech in 2019 at the annual Digital Life Design Conference in Munich, Germany. She declared that “the rules for the internet and the boundaries are going to be re-written,” and Facebook was actively working to reshape those rules. Sandberg also announced in 2019 the company’s efforts to fulfill the demands of 90 left-wing organizations, including policies related to the 2020 presidential election.

Conservatives are under attack. Contact Meta headquarters at (650) 308-7300 and demand that Big Tech mirror the First Amendment while providing transparency, clarity on “hate speech” and equal footing for conservatives. If you have been censored, contact us using CensorTrack’s contact form.