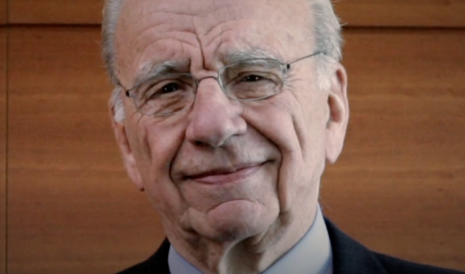 The man behind America’s biggest conservative news network slammed Big Tech companies for sabotaging conservatives online during a meeting with his stockholders. "There is no doubt that Facebook employees try to silence conservative voices and a quick Google News search on most contemporary topics often reveals a similar pattern of selectivity—or to be blunt, censorship," Murdoch reportedly stated according to a Nov. 17 Newsweek article.

He also reportedly declared there is a “fundamental need for algorithmic transparency," observing that algorithms, designed by humans, are influenced by human biases:

“The idea falsely promoted by the platforms that algorithms are somehow objective and solely scientific is complete nonsense. Algorithms are subjective and can be manipulated by people to kill competition and damage other people, publishers and businesses."

The “Filter Bubble Transparency Act,” exclusively shared with Axios, was designed to “require that internet platforms give users the option to engage with a platform without being manipulated by algorithms driven by user-specific data.” The House bill is sponsored by Representatives Ken Buck (R-CO), Lori Trahan (D-MA), Burgess Owens, (R-UT), and David Cicilline (D-RI). The Senate bill is sponsored by Sen. John Thune (R-SD). Axios acknowledged that both bills have staunch support on both sides of the aisle.

Historically, algorithmic bias appears to have been an issue liberals either hypocritically denied or acknowledged based upon who has been targeted.

Rep. Alexandria Ocasio-Cortez (D-NY) caused an uproar when she hammered algorithmic bias while speaking at an MLK Now event on Jan. 21, 2019. She claimed that algorithms, or artificially intelligent programs, "always have these racial inequities that get translated… if you don't fix the bias, then you are just automating the bias."

Free speech advocates have warned that algorithmic bias is a dire issue for American politics. Senior research psychologist Robert Epstein has been using his skills to demonstrate Big Tech bias for some time.

Epstein explained in dire terms that algorithms “are programmed to put one thing ahead of another in a way that is highly secret and ever-changing,” Washington Times reported. He reportedly ran experiments testing a phenomenon he dubbed “search engine manipulation effect.” He quipped about the tired old nonsense Big Tech censors use to dodge accusations of foul play: “‘When accused of a liberal bias, these companies say, “It’s not us; it’s the algorithm,’” he said. That is so hilarious because they programmed the algorithm.’”

Conservatives are under attack. Contact Google at (650) 253-000 or contact Facebook headquarters at (650) 308-7300 and demand that Big Tech be held to account to mirror the First Amendment while providing transparency, clarity on “hate speech” and equal footing for conservatives. If you have been censored, contact us at the Media Research Center contact form, and help us hold Big Tech accountable.