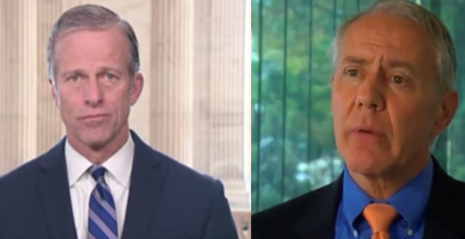 The “Filter Bubble Transparency Act,” shared exclusively with Axios, aims to “require that internet platforms give users the option to engage with a platform without being manipulated by algorithms driven by user-specific data.” The House bill is sponsored by Reps. Ken Buck (R-CO), Lori Trahan (D-MA), Burgess Owens, (R-UT), and David Cicilline (D-RI). The Senate bill is sponsored by Sen. John Thune (R-SD). Both bills have bipartisan support, according to Axios. The bill aims to create an alternative social media environment where content selections are not algorithmically driven.

Buck and Cicilline framed the proposed bill as directly helping social media users. “Consumers should have the option to engage with internet platforms without being manipulated by secret algorithms driven by user-specific data,” Buck said, according to Axios. Cicilline reportedly added, “Facebook and other dominant platforms manipulate their users through opaque algorithms that prioritize growth and profit over everything else. And due to these platforms’ monopoly power and dominance, users are stuck with few alternatives to this exploitative business model.”

Testimony from Facebook “whistleblower” Frances Haugen has spurred legislation around the world, not just in the U.S. A new U.K. bill will reportedly greatly increase censorship incentive for social media companies. European Union (EU) officials are using the Facebook revelations as an excuse “to accelerate and sharpen their plans to impose sweeping new restrictions on big technology companies,” according to The Wall Street Journal.