It’s as if Big Tech has not already been censoring enough. Now the Biden administration is pushing platforms in an even more censorious direction.

COVID-19, like many national crises, has been used to push for more government tyranny. White House Press Secretary Jen Psaki explained in a September 24 Morning Joe interview that platforms don't censor Americans enough: “As we’re in the middle of a pandemic, we know that they have more data about how misinformation is traveling on the internet. And we know that people are getting misinformation on the internet that is preventing them or prompting them not to get a vaccine.”

When asked if action could be expected soon, Psaki made it clear that a series of factors need to align. “We’ll have to see. There has to be appetite in Congress. Uh, there has to be a desire to get things, uh, done and changed, but certainly elevating these issues as a number of reporters have, as you have, as we tried to do, is also important.”

Co-host Mika Brzezinski brought up the devastating recent allegations from The Wall Street Journal about Facebook hiding internal research about Instagram’s impact on young women and compared it to Big Tobacco. Psaki explained: “[T]he president thinks that a lot of these platforms have too much power, a lot of these platforms could do certainly much more, uh, to address all of the issues you’ve referenced.”

Psaki also illustrated that she takes issue with Facebook-run Instagram on a personal level: “I mean, as a mother of a young girl, it makes me absolutely outraged that you see that Instagram, that there are these reports about Instagram affecting girls’ mental health. That is outrageous.”

Brzezinsky was not the only public figure in recent days to compare Big Tech to Big Tobacco. 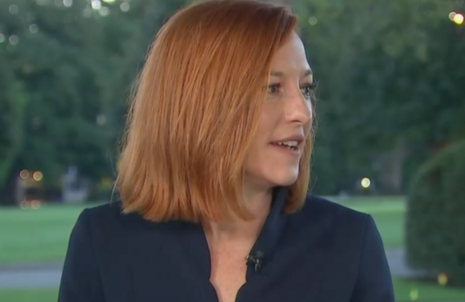 Senators met on Sept. 21 for a session, “Big Data, Big Questions: Implications for Competition and Consumers,” and joined together to beat up Big Tech firms for a multitude of controversies — especially the alleged harm to teens. Republicans and Democrats agreed in a rare show of bipartisanship that social media has hidden its harmful side effects much like Big Tobacco.

The comparison to Big Tobacco made by Senator Lee is entirely apt, and I know something about Big Tobacco because I sued Big Tobacco, and I remember the revelation of the documents that showed Big Tobacco not only knew, but had done experiments proving that cigarettes cause cancer. They had denied it for years. They had the knowledge about the damage done to people who smoke.

Conservatives are under attack. Contact Facebook headquarters at 1-650-308-7300 and demand that Big Tech treat conservatives fairly. If you have been censored, contact us at the Media Research Center contact form, and help us hold Big Tech accountable.