Americans have become wary of Big Tech’s ability to rig politics in its favor. “Americans across the political spectrum, or 75 percent, overwhelmingly believe that big tech companies such as Amazon, Facebook, and Google spend ‘tens of millions of dollars on political donations and lobbying’ to avoid government regulation,” Breitbart reported Sept. 14. “They also believe that big tech companies have too much influence in D.C.” Breitbart summarized that the survey, hosted by Politico, “found that 69 percent of Democrats, Republicans, and Independents believe that these big tech companies have too much power, which puts smaller businesses and consumers at a disadvantage.” 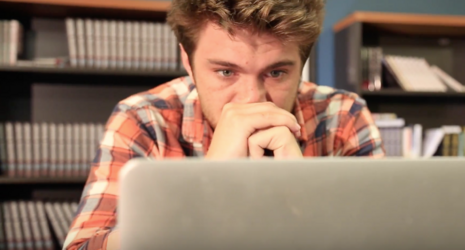 “‘While it is prudent to hear arguments about public policy made in good faith, it is foolish to ignore the presence of private financial interests. Make no mistake, a meeting with an organization that takes notable sums of money from Google is no different than a meeting with a member of Google’s Public Policy team. In far too many cases, the agenda of such organizations will be wholly compromised, singularly reflecting the agenda of their Big Tech patrons.’”

Some conservative have taken a stand against Big Tech’s ability to buy compliance from conservative organizations by rejecting Silicon Valley money and urging others to do the same.

Media Research Center Founder and President Brent Bozell called upon conservative leaders to reject Big Tech donations in an open letter in Spring of 2021. “Silicon Valley’s money is toxic and it’s poisoning our society. Big Tech - Facebook, Twitter, Google, YouTube and others - are pouring millions upon millions of dollars into Washington trying to buy influence,” Bozell explained in the letter.

The Heritage Foundation rejected hundreds of thousands of dollars from Big Tech corporations: "We cannot in good conscience accept money from a company that repeatedly and blatantly targets conservative speech on your platform," Heritage President Kay Coles James wrote in a letter to Facebook CEO Mark Zuckerberg.