Tripwire CEO John Gibson’s purported account declared on Sept. 4 that he was “Proud of #USSupremeCourt affirming the Texas law banning abortion for babies with a heartbeat.” He explained further that while “As an entertainer I don’t get political often,” he nonetheless, “felt it was important to go on the record as a pro-life game developer” amid an overwhelmingly liberal industry. Companies responded by distancing themselves or even reportedly severing ties and contracts with Tripwire, all over the expressed opinion of the former Tripwire Interactive CEO.

A CEO stepping down after a public outrage all too often is an indicator they were forced to resign. Forbes reported that former Mozilla Firefox CEO Brendan Eich was “forced to resign” after his donation to California’s Proposition 8 in 2008 became public. 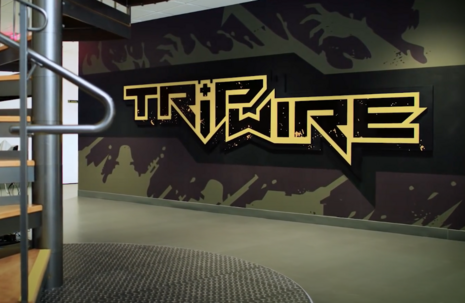 Tripwire released a statement declaring that Gibson’s pro-life statement had somehow “disregarded the values of our whole team, our partners and much of our broader community.” It also claimed that “Our leadership team at Tripwire are deeply sorry and are unified in our commitment to take swift action and to foster a more positive environment.”

In short, the radical progressive left has made clear that no matter how high-ranking a conservative is within a company, he is not safe from censorship. It seems that if a conservative espouses a belief that is popular among millions of everyday Americans — like pro-life legislation — then he is too extreme for the liberal tech world.

Game developer Scott Cawthon created one of the most famous survival horror video games. He retired after reportedly being harassed for donating to politicians the radical left doesn’t approve of. Cawthon “went viral over the weekend after his political donations were publicized on Twitter. The donation list was a who’s who of homophobic and transphobic lawmakers including Tulsi Gabbard, Mitch McConnell, and Donald Trump,” liberal games journalism outlet Kotaku reported June 14.

Kotaku Staff Writer Ash Parrish of Kotaku acknowledged that “Cawthon wrote that in the aftermath of his donation disclosure, he and his family had been doxxed with people threatening to come to his house.” Nonetheless, the Kotaku writer had no issue with scorching Cawthon for “irreparable harm he’s done to the people he purports to love.”

A cyberpunk video game, The Last Night, was blacklisted after old tweets from its creator criticizing feminism were discovered, causing financial backers to pull out and even Microsoft to distance itself from the game in progress.