GoFundMe Deplatforms Christian Athlete; Fans Back Him with $1.5 Million

When the U.S.-based crowdfunding website GoFundMe booted Australian athlete Israel Folau, critics had no idea it would be the best thing they could do for him.

Folau is a popular national figure both as an athlete and an outspoken Christian. He was fired from his profession and deplatformed when he used GoFundMe to rally funds for a legal case to take his job back. Christian Australians however, have rallied around him in a huge way.

The Australian Christian Lobby (ACL), says that Folau’s deplatforming galvanized his support base and recruited many more to his side. A far more intense and generous flow of donations went to Folau’s new fundraising site after it was launched last Tuesday evening shortly after midnight. 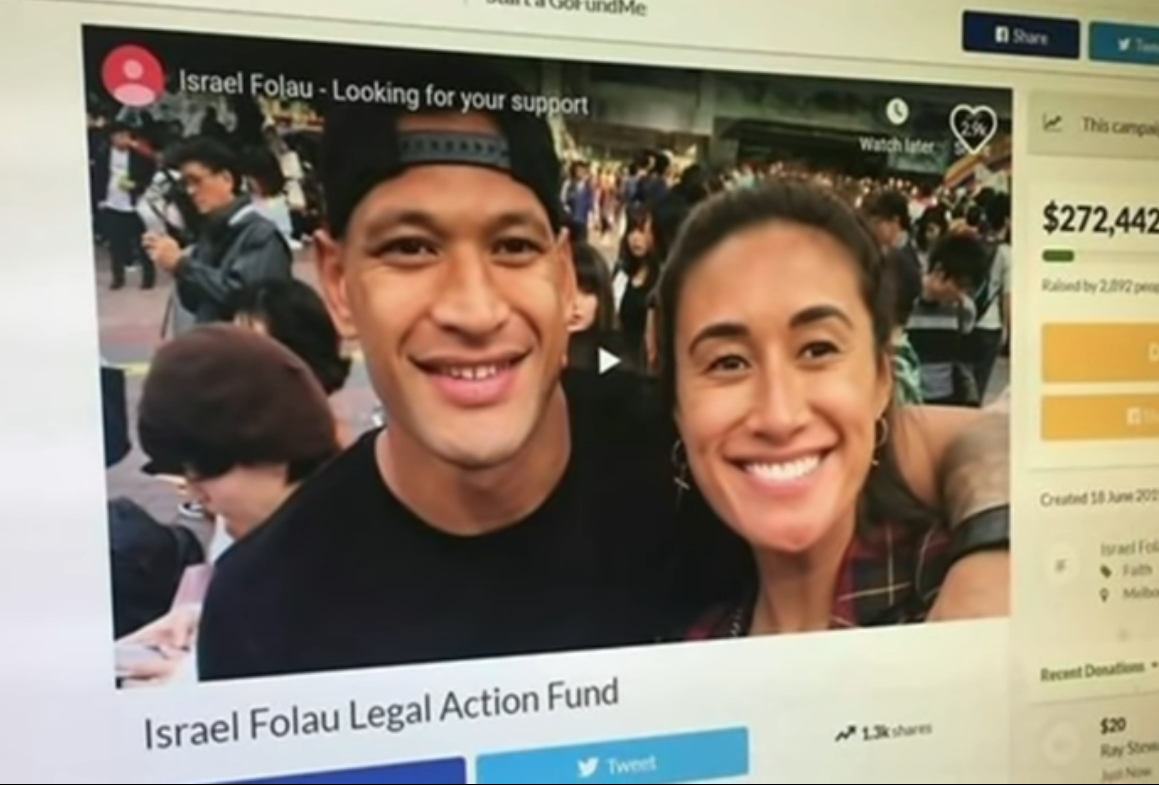 The Australian observed how, “The ACL, which is handling the new legal war chest for Folau, says the swell of donors in the first 12 hours had been so ‘phenomenal’ the fund was expected to reach up to $1.5 million by Wednesday.” This was “double the amount raised on GoFundMe in four days.”

Folau had been found guilty of a code of conduct breach. The crime? Paraphrasing Corinthians 6: 9-10 from scripture. He posted a meme in April on Instagram that condemned "drunks, homosexuals, adulterers, liars, fornicators, thieves, atheists and idolaters.”

According to CNN, a three-person tribunal decided on Friday after much deliberation that his contract should be terminated.

He added that “Upholding my religious beliefs should not prevent my ability to work or play for my club or country."

Folau then initially launched a GoFundMe campaign but the site shut down it down citing its staff “are abso­lutely committed to the fight for equality for LGBTIQ+ people and fostering an environment of inclusivity,” spokeswoman Nicola­ Britton said. She added that “While we welcome GoFundMe’s engaging in diverse civil debate­, we do not tolerate the promotion of discrimination or exclusion.”

Jeremy Sammut, a senior researc­h fellow with the Centre for Independent Studies, said that GoFundMe’s choice to deplatform Folau is another example of companies “jumping on to the progressive bandwagon.”

“This raises critical issues about the role of companies in civil society,” He said. “It’s dressed up as inclusivity, but it is really demanding citizens to sacrifice their fundamental human rights.”

“Religious freedom is the canar­y in the coalmine,” he warned.