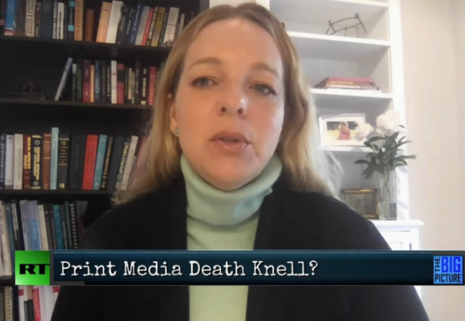 Facebook stated in its Business Help Center that it works with “fact-checking organizations who are certified through the non-partisan International Fact-Checking Network (IFCN).” However, Australian news outlet Sky News released a report showing that one of IFCN’s certifiers, Margot Susca, an assistant professor of communications at American University who has issued 19 recommendations for organizations to become fact-checkers, was a Clinton supporter.

IFCN’s “Code of Principles” state that eligible fact-checking organizations may not show “support for any party, any politician or political candidate,” or “advocate for or against any policy positions on any issues save for transparency and accuracy in public debate.” However, Susca, one of the individuals tasked with certifying these fact-checkers, apparently does not abide by the very rule IFCN expects its fact-checkers to abide by in its "Code of Principles."

TechWatch reached out to IFCN about Sky News's report, who indicated in an automated response that the organization responds to inquiries within one business day. It's been more than 24-hours and TechWatch has yet to hear back about whether any action will be taken against one of their fact-checking certifiers who has shown bias and broken the network’s “Code of Principles” meant to keep fact-checkers non-partisan. 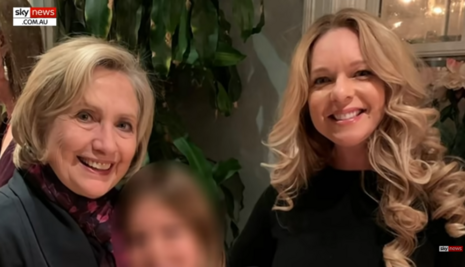 Sky News reported that in 2019, Susca tweeted a picture of herself with failed 2016 presidential candidate Hillary Clinton. Along with the picture she tweeted, “I’ve been on Team Hillary since 08 tbh,” according to Sky News. The outlet also noted she was disappointed Clinton’s likability had not resonated with the American people. “My boyfriend was her nuclear policy fellow for a year when she was in the Senate,” she wrote, according to Sky News. “Says she’s the smartest, wittiest, most likeable person. It just never came through I guess. So f---ing sad.”

Susca also appeared on the state run propaganda outlet, Russia Today, saying it would be a “dereliction of duty” to broadcast President Donald Trump’s speeches, Sky News reported. The outlet further reported that she cannot remain objective when it comes to Trump: “It is hard for me to be an objective observer of this presidential administration when for years now they have continuously tried to delegitimize and marginalize news reporters for doing their constitutionally protected job.”

In spite of her political preferences, IFCN has allowed Susca to be a gatekeeper over who gets to become a fact-checker and who does not. In a recommendation for the clearly left-wing fact-checker Lead Stories, Susca said, “I have no concerns about its sources, topic selection, or methodology, nor do I have concerns about its partisanship or fairness to one political side or the other.” Susca also “assessed and recommended the grant of a license to become a fact checker to Australia’s left-wing opinion website The Conversation in May, 2018,” reported Sky News. “That license has since expired.”

Sky News asked Susca if the public could have faith in her ability to be objective or if she thought her appearance on Russia Today undermined her credibility in any way. Susca responded: “Look at your own ownership and ethics before you threaten others working on these crucial issues and charge that they lack independence and a commitment to truth. Your email was meant to be threatening and, quite frankly, I find its tone abhorrent.”

Sky News reported that Susca said her tweets were not a display of bias but rather a “call for news organizations to do fact-based journalism to help average citizens govern themselves in a democracy.”

Sky News also reached out to IFCN regarding the concerns over Susca’s objectivity but said it had not heard back either. So much for transparency.

Conservatives are under attack. Contact Facebook via phone at (650) 308-7300 or (650) 543-4800, or by mail to 1601 Willow Road Menlo Park, CA 94025, and demand that the platform provide equal footing for conservatives: Companies need to make equal room for conservative groups as advisers to offset this bias. That same attitude should be applied to employment diversity efforts. Tech companies need to embrace viewpoint diversity. If you have been censored, contact us at the Media Research Center contact form, and help us hold Big Tech accountable.