Additionally, all three network evening newscasts continued to ignore how Hillary Clinton has yet to answer a question from the press in over three weeks and only 13 questions total since she launched her campaign on April 12.

In one of the program’s opening teases, NBC Nightly News interim anchor Lester Holt declared that Bush was “feeling heat” as he “tries again to put out a firestorm over how he answered a questions about the Iraq War.”

Minutes later, Holt characterized Bush as working to get “out of a hole he dug himself with his remarks about the Iraq War” with another series of remarks in Arizona on Thursday. Using language that the media wouldn’t dare use to describe the flip-flops by Democrats such as President Barack Obama on, say, gay marriage, Holt cued up correspondent Kelly O’Donnell to provide “more on Bush’s evolving answers.”

Filing from Washington, O’Donnell reported that: “Today in Arizona, Jeb Bush tried to clean up a political mess of his own making.” Later, O’Donnell aired a soundbite from a left-wing student activist who confronted Bush about how, in the student’s words, “your brother who created ISIS through the Iraq War.”

After appearing earlier in the day on CBS This Morning, CBS News political director John Dickerson appeared on the CBS Evening News with Scott Pelley and observed that “[h]e’s very lucky the election is a long way off” and “was the set of questions that anybody could have predicted” when Bush signaled his interest in exploring a presidential bid.

At the end of his analysis, Dickerson became the only individual across all three networks Thursday night to bring up how Hillary Clinton voted for Iraq and that she is “more exposed on the question of the Iraq War than Jeb Bush was.”

Meanwhile, ABC’s World News Tonight only devoted a 26-second news brief to the topic as anchor David Muir noted that Bush’s latest comments about the Iraq War “is the fifth time in one week he's now clarified his position.” As mentioned above, however, the newscast failed to mention Clinton’s vote for the Iraq War and her inaccessibility to the press.

The relevant portions of the transcript from May 14's NBC Nightly News can be found below. 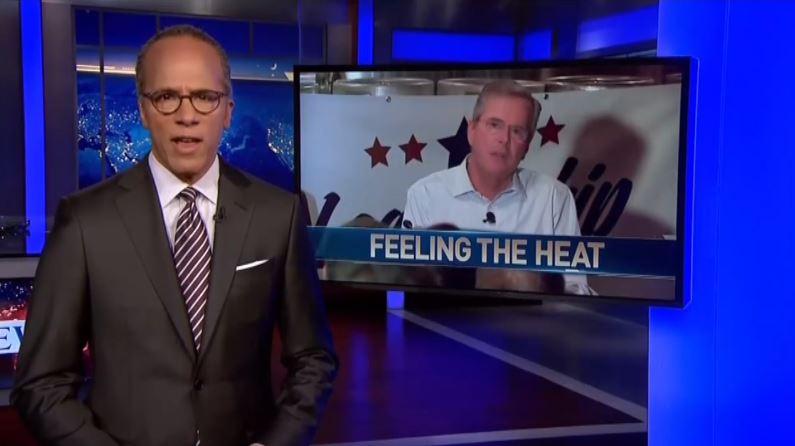 LESTER HOLT: Feeling the heat. As rivals pounce all around him, Jeb Bush tries again to put out on a firestorm over how he answered a question about the Iraq War.

HOLT: Jeb Bush is making another attempt at getting out of a hole he dug himself in with remarks about the Iraq War. He took a third stab today at answering this question: Given what he knows now, would he have authorized the war as his brother did? NBC's Kelly O'Donnell has more on Bush's evolving answers.

KELLY O’DONNELL: Today in Arizona, Jeb Bush tried to clean up a political mess of his own making.

JEB BUSH: Knowing what we know now, what would you have done? I would have not engaged, I would not have gone into Iraq.

O’DONNELL: But that's a huge flip from what he said on Monday.

MEGYN KELLY [on FNC’s The Kelly File, 05/11/15]: Knowing what we know now, would you have authorized the invasion?

BUSH: I would have and so would have Hillary Clinton, just to remind everybody.

O’DONNELL: Fair or not, he is taking heat for his brother's policies. Bush admits he is reluctant to criticize the former president, even when he disagrees.

FAR-LEFT ACTIVIST: That, your brother who created ISIS through the Iraq War.

O’DONNELL: After a shaky week where Bush tried to choose his words carefully, he turned heads again when he said this.

O’DONNELL: But wait. Bush, not ready to formally launch a campaign, tried to clarify by being less definitive today. 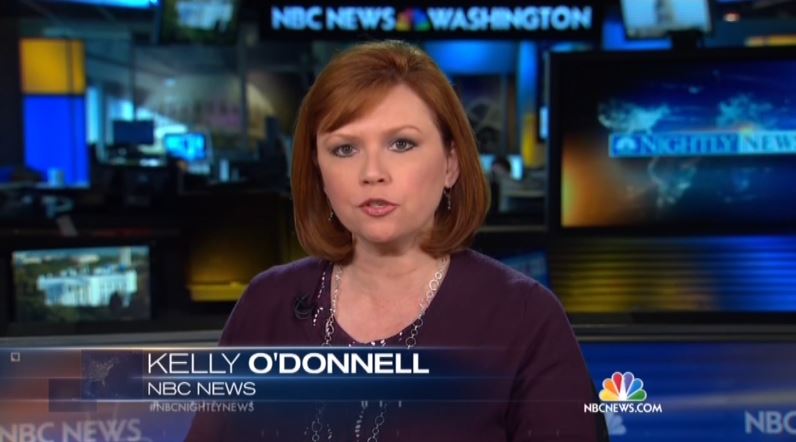 REPORTER [TO BUSH]: Are you running for president?

O’DONNNELL: And beyond family loyalty, Governor Bush said he did not want to diminish the service of veterans and their families by denouncing the war, and emphasized today their sacrifices in Iraq were, in fact, worth it.