Following zero coverage on Thursday evening of President Obama drawing a moral equivalency between ISIS and Christians, the networks continued their blackout into a second straight news cycle with no mention of it on any of their Friday morning newscasts.

As this writer reported on Thursday, the evening broadcasts of ABC, CBS, and NBC combined to exclude any mention that the President told attendees at the National Prayer Breakfast that acts of terrorism carried out by Islamic extremists are similar to Christianity being the grounds for the Crusades, slavery, and Jim Crow.

Thursday’s ABC’s World News Tonight was the only network to acknowledge that the event even took place, but only did so to inform viewers that it was the first joint public appearance of Obama and the Dalai Lama. Anchor David Mur gushed that it was “a ground-breaking moment.”

Meanwhile, Special Report with Bret Baier on the Fox News Channel (FNC) covered and played a clip of Obama’s comments as part of a report on the fight against ISIS on its Thursday night show. Since then, the President’s comments about reminding Christians that “people committed terrible deeds in the name of Christ” have been covered on CNN and MSNBC (as well as additional FNC shows).

On CNN’s New Day, that program spent one minute and 15 seconds both reporting on and discussing it. While the networks have remained silent on the story, co-host Chris Cuomo still predicted that “he’s going to hear it today about this” but wondered what the “fair/unfair line” is for critics because of the question between “accuracy versus popularity.”

CNN’s John King, however, responded that “everything is fair game in this thing” and wonders if his comments will “impact” his request for authorization of “military force in the ISIS fight” from Congress.

Further, the Inside Politics host said “[t]he President thought about what he was going to say, he wanted to say it and now he's in the middle of a political thicket, shall we say.”

Instead of covering the President’s fallacy, NBC’s Today devoted nearly 20 minutes promoting the upcoming controversial NBC Universal film “Fifty Shades of Grey” on three of its four hours at roughly 19 minutes and 58 seconds.

Over on CBS This Morning, the need to promote Sunday’s Grammy Awards on CBS used up 7 minutes and 41 seconds of the two-hour program’s airtime.

Lastly, ABC’s Good Morning America spent 47 seconds on separate videos of a lazy cat reaching into its water bowl for a drink with one of its paws and a sloth feeding itself while laying on its back.

The transcript of the segment from CNN’s New Day on February 6:. 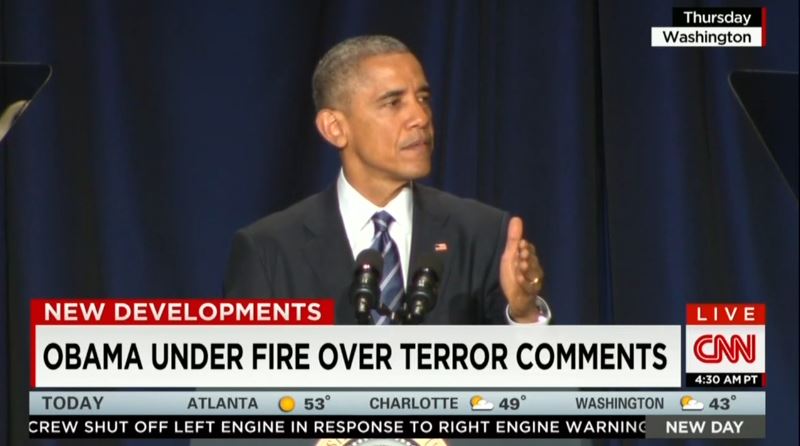 ALISYN CAMEROTA: Backlash for President Obama this morning over comments he made seeming to equate Islamic terrorism with violent acts committed by Christians. At the National Prayer Breakfast, Obama said quote, “people committed terrible deeds in the name of Christ.” The President used the Crusades and the Inquisition as examples along with slavery and Jim Crow as U.S. examples of atrocities committed in the name of Christ.

CHRIS CUOMO: Accuracy, versus popularity. He's going to – he's going to hear it today about this. Let's get to Inside Politics on New Day with John King. What do you think? You know, you're hearing about this. Is there a fair/unfair line here?

JOHN KING: Between the President's comments yesterday on religion? 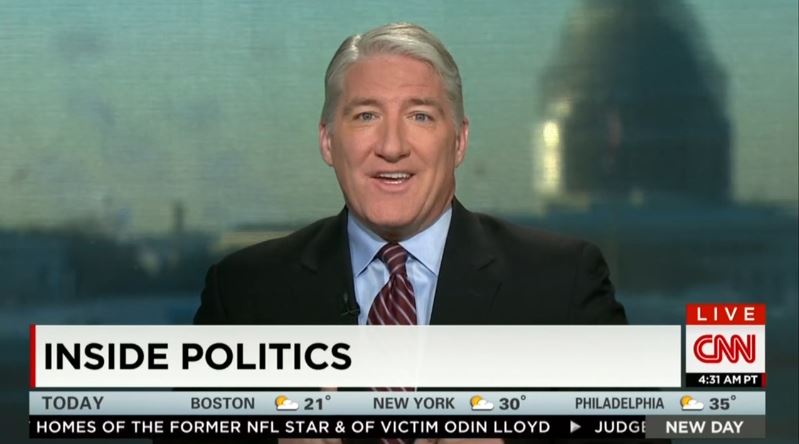 KING: Look, everything is fair game in this thing. The President is trying to remove himself and take an historical perspective. At the same time, he's asking Congress for authorization for use of force. A lot of the political debate is going to be, if you believe that, Mr. President, why did you have to say it now? That's going to be part of the conversation. If you look at the blogs on the right, they're outraged by this. The big question I have is, does it impact now as he asks Congress for the votes to authorize military force in the ISIS fight. We'll see it as it plays forward. The President thought about what he was going to say, he wanted to say it and now he's in the middle of a political thicket, shall we say.