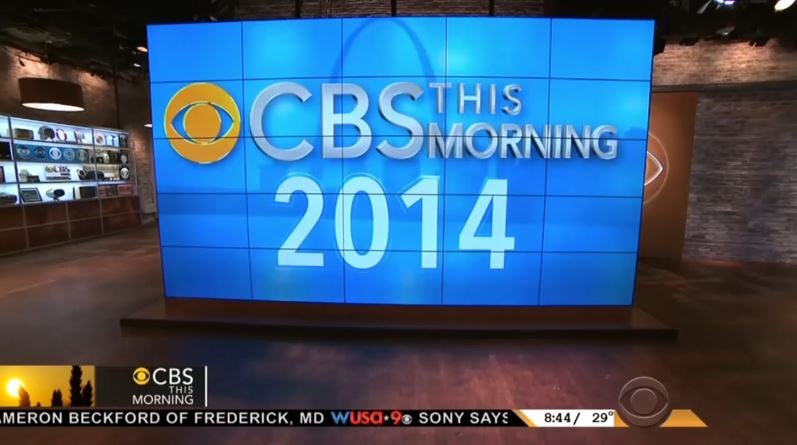 Each of the network morning shows devoted some time on Wednesday to looking back at the biggest news stories of year and, while they certainly could not have included every story in the allotted time, they all failed to spend even a few seconds on topics such as Jonathan Gruber, pro-democracy protests in Hong Kong, President Obama’s unpopularity, and the Hobby Lobby case to name a few.

In addition, the “big three” of ABC, CBS, and NBC each mentioned the midterm elections and how Republicans were able to win control of the Senate (in addition to the House), they devoted a scant 21 seconds to the topic over the course of their roundups, which totaled 42 minutes and 50 seconds.

ABC’s Good Morning America, CBS This Morning, and NBC’s Today all ran segments lasting at least 13 minutes in their 8:00 a.m. hour and covered the year’s biggest news, sports, and entertainment stories in addition to a portion devoted to those who passed away in 2014.

The video roundup on ABC’s morning newscast lasted 13 minutes and 35 seconds with merely 5 seconds devoted to the midterm elections. That network was the only one to not mention the Veterans Affairs scandal, but spent 6 minutes and 21 seconds on the top light-hearted moments on GMA from 2014. Examples included the hosts racing each other on skis and having their own ugly Christmas sweater contest.

CBS This Morning spent the most time during its review on the midterm elections, but only added up to 10 seconds as well as 8 seconds on the V.A. scandal. In contrast, it spent 11 seconds on the initial allegations surrounding Republican Governor Chris Christie (N.J.) and his possible ties to the Bridgegate scandal. 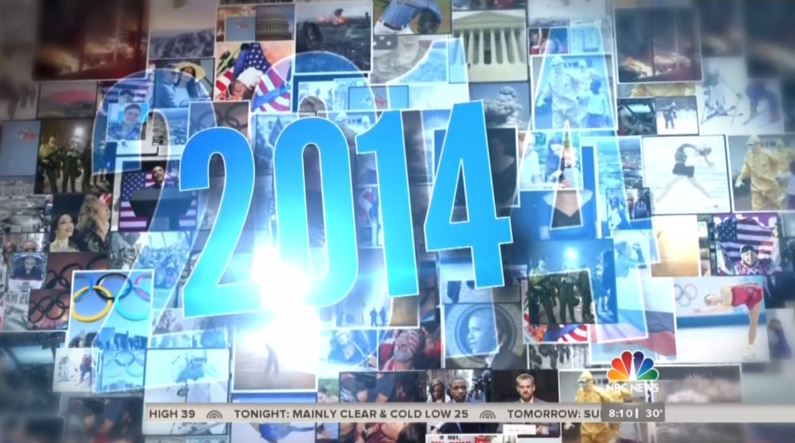 NBC’s Today had only a comparable tally during its segment, which went on for 15 minutes and 20 seconds. All told, 12 seconds were spent mentioning the V.A. and 6 seconds on the midterm, but 10 seconds on Christie.

Among the stories that all three networks did make time for included the rise of the Islamic terrorist group ISIS, the suspensions of NFL players Ray Rice and Adrian Peterson, President Obama’s executive action on immigration, the Michael Brown and Eric Garner cases, and Malaysian Airlines Flights 17 and 370.

However, quite an extensive list of stories that the networks at least briefly acknowledged during the year were omitted from their “Year in Reviews.” Collectively, the networks made no mention of Gruber, President Obama’s sinking poll numbers ahead of the midterm elections, continued problems for ObamaCare and healthcare.gov, and the resignation of Health and Human Services (HHS) Secretary Kathleen Sebelius.

In addition, the “big three” ignored numerous developments from 2014 regarding IRS scandal and the 2012 attack in Benghazi.