The cancer of transgender ideology has made its way into sports, as men are simply ‘becoming women’ and dominating the competition. The disease is infecting children and children's sports. An Indiana Judge has ruled that a 10-year-old boy can rejoin ‘her’ softball team after the ACLU filed and won a lawsuit, reported by Pink News July 28. 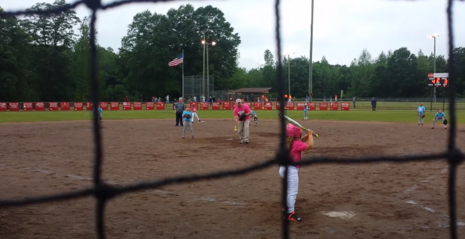 The child in question, AM, came out as trans at a horrifying four years old (great parenting there), and joined the softball team in 2021 when the court agreed to change her gender marker. Indiana then passed a law that bans men from competing in women's sports, which also affected AM’s ability to play on the team, per Pink News.

The mother stated that her playing on the team helped ‘her’, “come out of her shell,” and be, “more at ease in her skin.” I seriously question the fitness of the parents to have their kid be ‘trans’ at the age of four. What are they thinking?

The ACLU made their claim, saying that “the ban violates her rights under Title IX, which prohibits sex-based discrimination.” Kenneth Falk, the attorney representing AM, said, “When misinformation about biology and gender is used to bar transgender girls from school sports it amounts to the same form of sex discrimination that has long been prohibited under Title IX, a law that protects all students — including trans people — on the basis of sex.”

The ACLU's larger goal is to do completely away with the law, as NewsBusters reported in May.

The Indiana law specifically prohibits, “transgender females” from competing with real women. The ACLU is finding every avenue it can to make sure that not only ‘trans kids’ are validated in their delusions, but that they might be able to further pursue their fairytale gender identity in sports, too.

For now, the ruling only applies to AM and, “the law remain[s] in place for any other trans child in Indiana,” said Pink News.

Little children are being told their trans, they’re believing it, and the degenerate institutions of the left are further validating it by bending the law in their favor. We’re headed down a dangerous path, and we’re gonna regret it.