Disney Removes ‘Ladies and Gentlemen, Boys and Girls’ to Be 'Inclusive'

Disney is taking fantasy to a new level, one where the biological reality of male and female sexes do not exist. 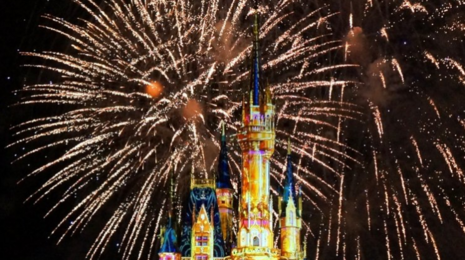 In order to become more “inclusive,” the traditional opening prior to every fireworks show at Walt Disney World and Disneyland has been removed. “Ladies and gentlemen, boys and girls, dreamers of all ages…” is apparently too exclusionary and will be minimized to a simple greeting of “Good evening, dreamers of all ages.”

The nightly fireworks displays at Disney's U.S. theme parks returned just in time for the fourth of July after over a year of closure for the pandemic. The trademark welcome that precedes every show of this long-standing tradition has been changed to mimic that of the park’s Japanese location. Tokyo Disneyland initiated the removal of gender references back in March, not at the behest of Disney, rather the Oriental Land Company, which owns and operates the location.

A Disney spokesperson claimed that the decision to change the classic greeting for the nightly fireworks show comes as “part of a broader effort,” one that will also include updates to supposedly racist and offensive park rides. “It's not about one or two things,” and largely about “inclusion,” the latest addition to Disney’s customer service priorities. Safety, courtesy, show, efficiency, and now inclusion comprise the park’s concerns.

“We want our guests to see their own backgrounds and traditions reflected in the stories, experiences and products they encounter in their interactions with Disney,” and for this reason, the company is compelled to remove any indicators of biological sex.

It doesn’t stop there. Classic rides, such as Splash Mountain and the Jungle Cruise are receiving politically correct revisions. No longer will children be exposed to the racist themes inherent to the popular Splash Mountain ride, which has been dubbed by Vox as “an unquestionable example of racist entertainment.” The attraction has been associated with 1946 film Song of the South based on African American folklore. “Zip-a-Dee-Doo-Dah” is now deemed too insensitive for today’s sensibilities because of its “dated racist stereotypes.” The ride will be redone with the fresh inspiration of Disney’s The Princess and the Frog, which featured its first black princess. Thank goodness, now the park will be free of all racist rides.

Disney removes ”Ladies and Gentlemen, boys and girls” from Happily Ever After pre show announcement.

Disney takes the cake for ridiculous and overblown attempts at appearing socially conscious. It comes as no surprise, however, as the company not too long ago conceded to the woke mob that Snow White’s true love’s kiss perpetrated by Prince Charming is actually rapey after catching heat for the recently revamped “Snow White’s Enchanted Wish” ride at the California location.

What’s next? Mickey and Minnie Mouses’ relationship will be deemed too heteronormative? Or will they straight up give Minnie Mouse a hysterectomy as she begins her transition towards becoming ‘Maurice Mouse?’