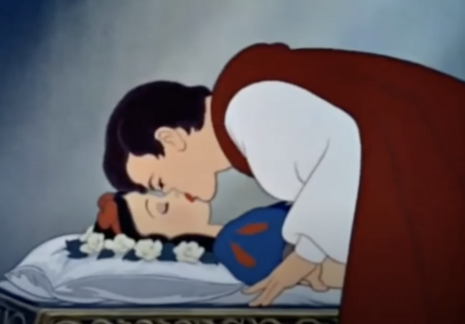 Generations of girls have adored the timeless love story of Disney’s Snow White, wishing that one day true love’s kiss from a Prince Charming would prompt their happily ever afters. Yeah. They were being brainwashed to fantasize about rape.

Yup, so says a SFGate review of the Disneyland ride based on the classic animated fairytale.

Following the April 30 reopening of the newly updated “Snow White’s Enchanted Wish” ride at DisneyLand in California, SFGate editors Katie Dowd and Julie Tremaine wrote a review on the attraction. In it they praised the Disney ride for keeping the charm that it had when it first debuted in 1955, but had a quibble with the ride for keeping Snow White’s climactic “true love’s kiss” scene.

Dowd and Tremaine wrote, “The new grand finale of Snow White's Enchanted Wish is the moment when the Prince finds Snow White asleep under the Evil Queen's spell and gives her ‘true love's kiss’ to release her from the enchantment.” Yeah we all remember how Snow White ended. Though the outlet wasn’t pleased. They used the ending to lecture readers on how this violates sexual consent.

The authors described the kiss as “one he gives to her without her consent, while she's asleep, which cannot possibly be true love if only one person knows it's happening.” Oh heavens, NO! So much for the “helpful” woodland critters. None of them were around with their rape whistles either.

Yes, of course, this was the perfect opportunity for these California journalists to lecture us all on rape. They continued, “Haven't we already agreed that consent in early Disney movies is a major issue? That teaching kids that kissing, when it hasn't been established if both parties are willing to engage, is not OK?” Oh right. A braver prince would’ve strode past the cursed Snow White, accepting the fact that trying to kiss her without her, clear written approval would have really disrespected her.

Sure she might be a stone cold slab forever, but at least Prince Charming can ride off knowing he followed the dictates of 21st century feminism.

“It's hard to understand why the Disneyland of 2021 would choose to add a scene with such old fashioned ideas of what a man is allowed to do to a woman,” the authors added. Though that’s a fair assessment. Disney is so woke usually. This must have slipped through the cracks.

On a humorous note, our salty authors did admit to being a bit transfixed by the romance of the scene, despite the DISRESPECTING OF WOMEN! They wrote, “Still, with the twinkling lights all around and the gorgeous special effects, that final scene is beautifully executed — as long as you're watching it as a fairy tale, not a life lesson.”

It’s okay to admit it, ladies, it’s pretty romantic. Also for the sake of your sanity, both Snow White and Prince Charming already expressed their romantic interest for each other earlier in the movie. Sure there was no contractual agreement notarized pre-kiss, but live a little!