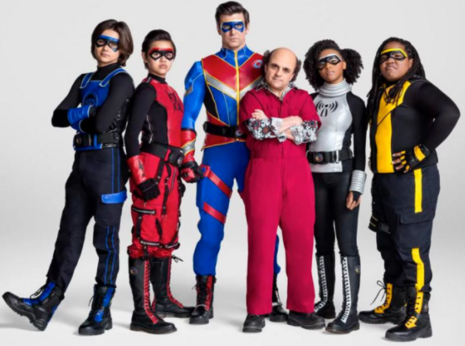 Just in case kids haven’t gotten the message that gender confusion is cool, Nickelodeon is offering yet more LGBTQRX (and sometimes Y) propaganda for juveniles.

A new episode of the live-action series Danger Force will feature the first-ever transgender character and actor in Nickelodeon’s history. Sasha A. Cohen, a 13 year-old transgender boy, in reality, a biological female, was handpicked by the show’s creator Michael D. Cohen (no relation) to accomplish this groundbreaking moment in TV history.

The young transgender caught Cohen’s attention as one of the applicants for his Trans Youth Acting Challenge meant to help trans and binary youth excel in the entertainment industry. (And to promote the Trans agenda to teens.)

Michael D. Cohen himself is transgender, having only just revealed his sex reassignment two decades after the fact. "I transitioned 21 years ago. As a kid, I had nothing," he says. "I did not know that this existed. I knew who I was, but I think [I] was like, you have to push it down. Because how could that be possible? It was in the realm of magic." And it should stay that way.

Regarding his transition, Cohen told Time in 2019 “I was misgendered at birth. I identify as male, and I am proud that I have has a transgender experience - a transgender journey.” How touching.

"On set, there was a real buzz,” Cohen said. “There was a real feeling of people feeling like we're doing something really important here. I think it's going to be meaningful to a lot of people. And it's the start of something."

A lot of people. Like 0.6% of the population. But if they keep it up, maybe it can bloom into a full-on mental illness/identity crisis among minors!

Sasha Cohen, mind you, who still is a child both physically and mentally, tells Variety about this breakthrough role: “I had never felt comfortable about who I am, and I always thought that I would never play a transgender role. But there are so many kids out there who need to see someone like them — a role model who has the ability to put themselves out there.” Let’s see if Sasha changes “his” mind regarding his sex after maturing into adulthood. If he does, that certainly wouldn’t be good for optics.

The poor girl-turned-boy is being used as a prop to further promote a system of insidious lies surrounding biological sex that manifests itself in the destruction of otherwise normal children.

“I want Sasha to see his own power as an actor and as a human,” Cohen tells Variety. “I want him to feel proud of his work and feel real confident in himself in every aspect and to know that he will help change kids’ lives by being the first kid of trans experience on Nickelodeon in live action.”

That would be something to tell his grandkids. Er ...