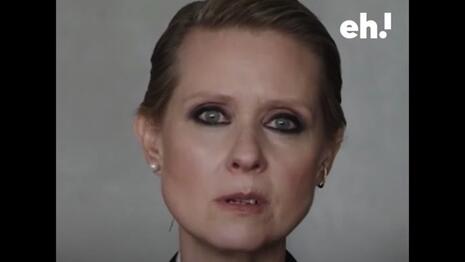 Upon entering a lowly CVS in NYC, Nixon was compelled to tweet her issue with the store locking up merchandise to deter theft. “The CVS on my corner has started locking up basic items like clothing detergent,” she said. How dare they! Mind you, Nixon lives in a 3 million dollar pad with her wife and three kids.

The CVS on my corner has started locking up basic items like clothing detergent.

As so many families can’t make ends meet right now, I can’t imagine thinking that the way to solve the problem of people stealing basic necessities out of desperation is to prosecute them. https://t.co/5RsdMTDWqa

She then practically espoused petty thievery stating “As so many families can’t make ends meet right now, I can’t imagine thinking that the way to solve the problem of people stealing basic necessities out of desperation is to prosecute them.”

Nixon’s virtue signaling backfired. In an effort to appear magnanimous and concerned for the poor, she made herself look like the out-of-touch elite that she is.

If you haven’t caught it by now, Nixon is literally telling CVS to open its doors to theft and not complain about it. She is encouraging illegal activity. Nixon’s comments only aggravate the already crumbling situation in NYC, with a 30 percent rise in overall crime within the month of April.

“Walgreens has closed 17 stores in San Francisco because the theft was so overwhelming and becoming dangerous for staff.” So, let's take away all security devices and safety mechanisms. It’s not theft if the items aren’t locked up right?

So theft is no longer illegal. What is illegal however, according to this, is not letting poor people steal. Easy for her to say considering she lives in a $3.2 million apartment in Manhattan.

One user on Twitter who amassed over three times the amount of likes than Nixon’s original tweet said, “I grew up poor, and we never took anything that we hadn't paid for. It's insulting that you think the less fortunate have no ability to discern right from wrong. Also, allowing widespread theft will result in higher prices, punishing the poor and honest.”

Another added, You live in a neighborhood of $3 million-dollar apartments and townhouses. No one at your CVS is "desperate" to steal "basic necessities." This isn't just moral grandstanding on your part, it's really incompetent moral grandstanding.”

Thank heavens the Twitter watch dogs actually slammed a real psycho this time … not their usual target of level headed conservatives. It’s entertaining when the left cancels one of their own. Where’s the popcorn?