Ending the life of an innocent child is apparently something to brag about.

On May 26, independent journalist Andy Ngô tweeted screenshots of tweets from radical leftist Jennifer Thompson, boasting about her late-term abortion. Thompson claimed her abortion saved her “f**king life” despite her tweets suggesting her abortion was just out of convenience.

Thompson found out she was 27 weeks and six days pregnant (a viable child) with a baby girl, but had one goal — get rid of her. She traveled to the Oregon Health & Science University where she got a shot in her abdomen to stop her daughter’s heartbeat. Thompson delivered her “2 pound, 7 inch girl. With no heartbeat” after a “grueling night” of pain and labor according to her Twitter thread.

Her thread was a clear display of the hate that resides in this woman all the way until the last tweet. 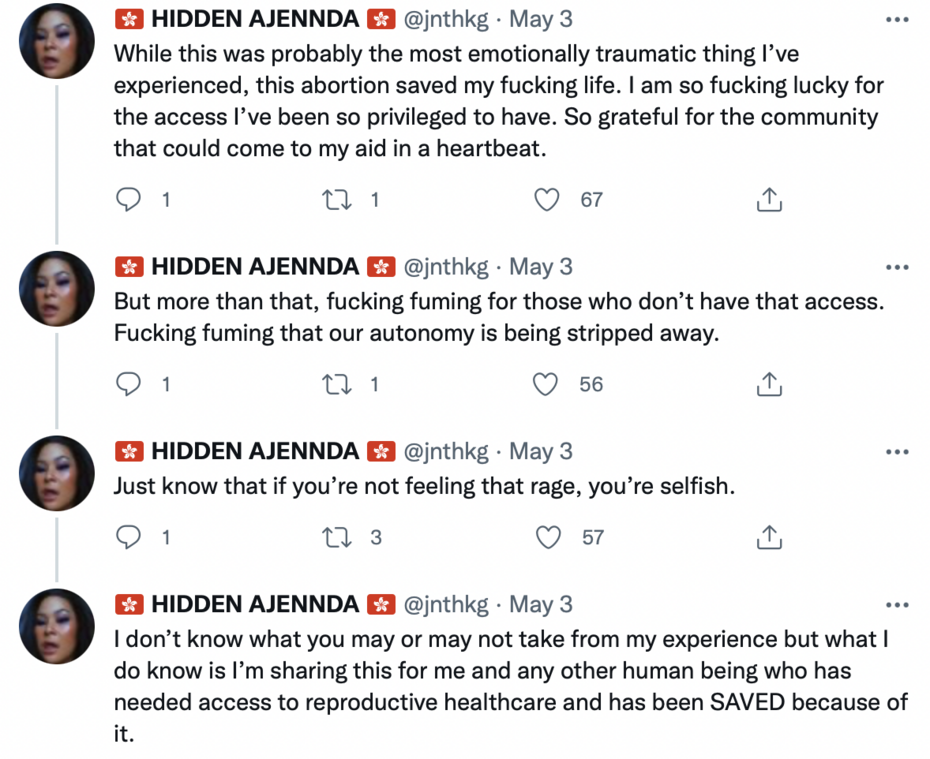 When Ngô called Thompson out for her disgusting display, she went haywire and also made her Twitter private.

Thompson’s Twitter name is currently listed as “HIDDEN AJENNDA” but this girl’s agenda is far from hidden. She made it very clear that she found pleasure in killing her seven-month-old daughter. How sick and twisted.

Ngô pointed out that Thompson not only hates the child that she killed but she also hates non-Asian people. One of her tweets said “Non-Asian women: if you wear our clothing or our patterns, YOU’RE F**KING UGLY.” She also provided a list of what she was going to start calling white people. 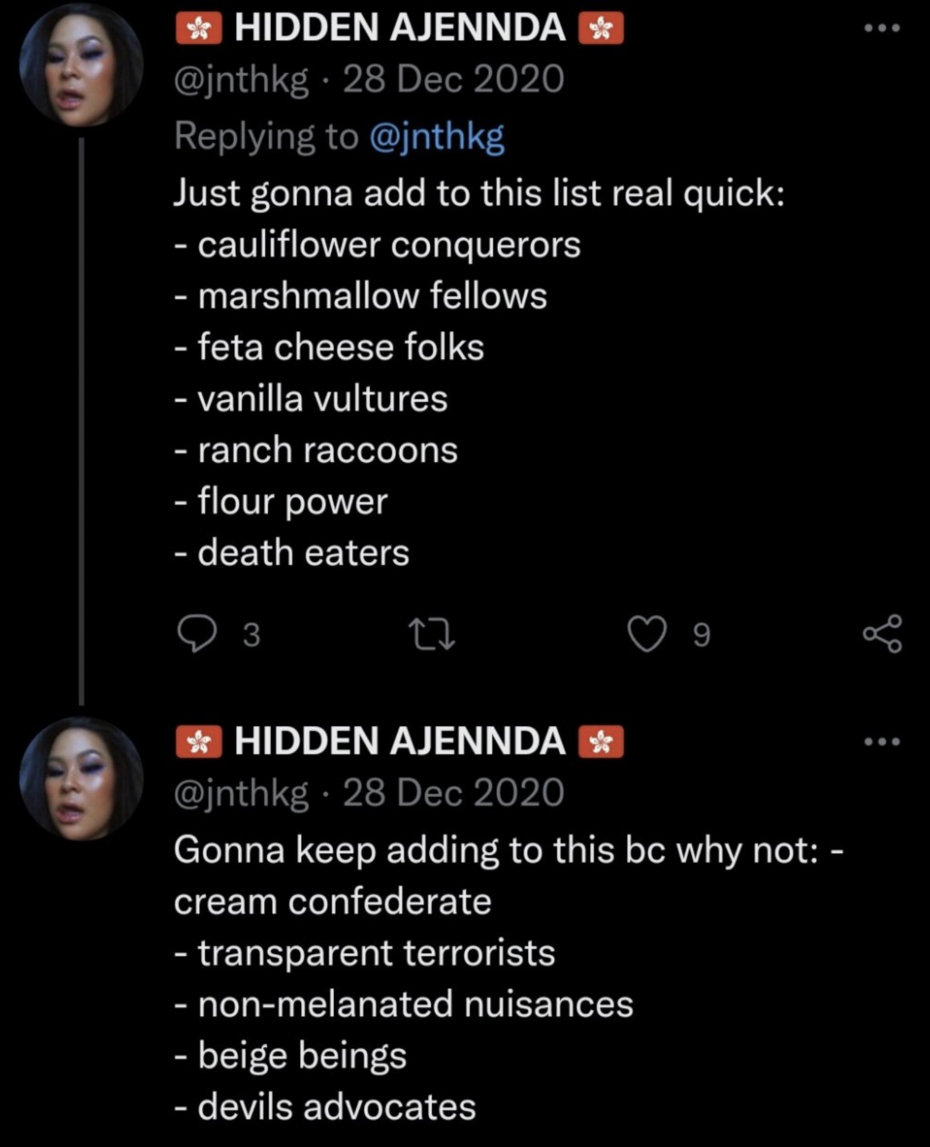 Ngô mentioned that Thompson “actually was the beneficiary of adoption. She was born in Hong Kong & was adopted by a white American family.” I wonder which of these names she reserves for her American parents. Probably “feta cheese folks” and “transparent terrorists.”

For someone who was brought over to the land of the free, you’d think she’d be a little more grateful for parents who were willing to raise her psycho ass.

Thompson is a clear indicator of how vile radical leftists are. Abortion does not save the “f**king life” of anyone. It ends the life of an innocent child but to the left, if it’s convenient to the mother, that doesn’t matter.