Choosing a vocation is harder for some people than others. Doctor, teacher, stay at home parent, rocket scientist, murderer…eh, hold up. 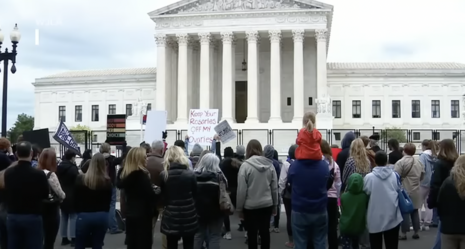 Mississippi native Sherry Reddix is a 2022 graduate of Tufts University School of Medicine and a future abortion provider. In an interview with Christina Sturdivant Sani from The Washington Post, Reddix explained her excitement for becoming an abortionist and why, “now more than ever,” her role is “needed.”

Reddix’s commitment to aborting babies was inspired by her uncle’s role at an abortion clinic in Jackson, Miss. He worked at the same clinic at the center of the Dobbs v. Jackson case set to be determined this summer.

The abortionist uncle was nominated for a Mississippi health award but was supposedly blocked because of his association with baby killing.  Her uncle was the emergency on-call physician at an abortion clinic but somehow Reddix was surprised that “even being loosely associated with abortion really stunted vertical mobility.”

I’m unsure how someone who performs abortions is only “loosely associated,” but, okay.

She also pointed out that her uncle might not have gotten the award because he’s black. Honestly, Reddix was race baiting the whole interview. At one point she said how black women are “more likely to have unintended pregnancies and not have access to contraception.”

Then, she claimed the following:

The sad thing is it doesn’t matter how educated you are, how much money you have, how famous [you are]. Serena Williams almost died during her delivery, and she probably had some of the best care that money can buy you. So it just goes to show that racism is so deeply rooted in the U.S. And sadly, it’s only getting worse with this [antiabortion] legislation.

Tennis legend Serena Williams did have a traumatic experience giving birth, however, that experience isn't related to the topic of abortion at all. It’s clear that this Reddix chick is a recent college grad, because she really was just saying whatever the heck she thought sounded good.

Like the rest of the other KKK (kid killing klan), Reddix is displeased with the potential overturn of Roe v. Wade. She said she’s “not shocked as this is the same system that has traditionally failed women, Black people and other marginalized groups.”

There we go with the racist propaganda again.

Reddix was sure to point out that if and when abortion becomes illegal, she doesn’t plan to put down the vacuum or forceps anytime soon.

“Until someone physically takes the tools out of my hand, I don’t foresee a future where I’m not performing abortions," Reddix opined.

Truthfully this interview was pointless, but I’m not surprised that WaPo released it. First off, The Washington Post is notorious for pushing leftist ideology and propaganda. Second, the author of the article has a niche for pushing the narrative that being black is a disadvantage. Plus, The Post is admittedly for abortion.

Hopefully Reddix has a backup plan because, if all goes well, Roe will in fact be overturned and she and her fellow abortionist friends will be out of work.