Sacha Baron Cohen: Zuckerberg Must ‘Stand With Trump or Stand With Democracy’ 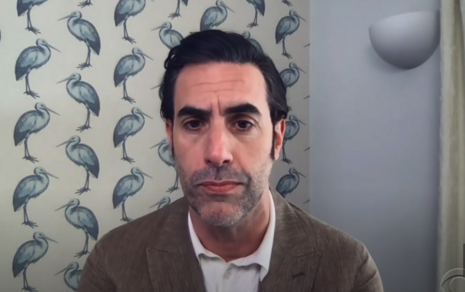 PopCulture.com reported in an article that Cohen, who is an English actor, comedian, and producer, expressed on Twitter that he was highly concerned about Trump’s refusal to concede the election. He also criticized Facebook CEO Mark Zuckerberg for allowing Facebook to disseminate election misinformation.

Cohen summed up his assessment of the situation in a tweet on November 10: “This is a dangerous moment. Trump won’t concede. Facebook is spreading his lies about voting fraud. Mark—history will judge you by what you do next. You have a choice—stand with Trump or stand with democracy. The whole world is watching.” 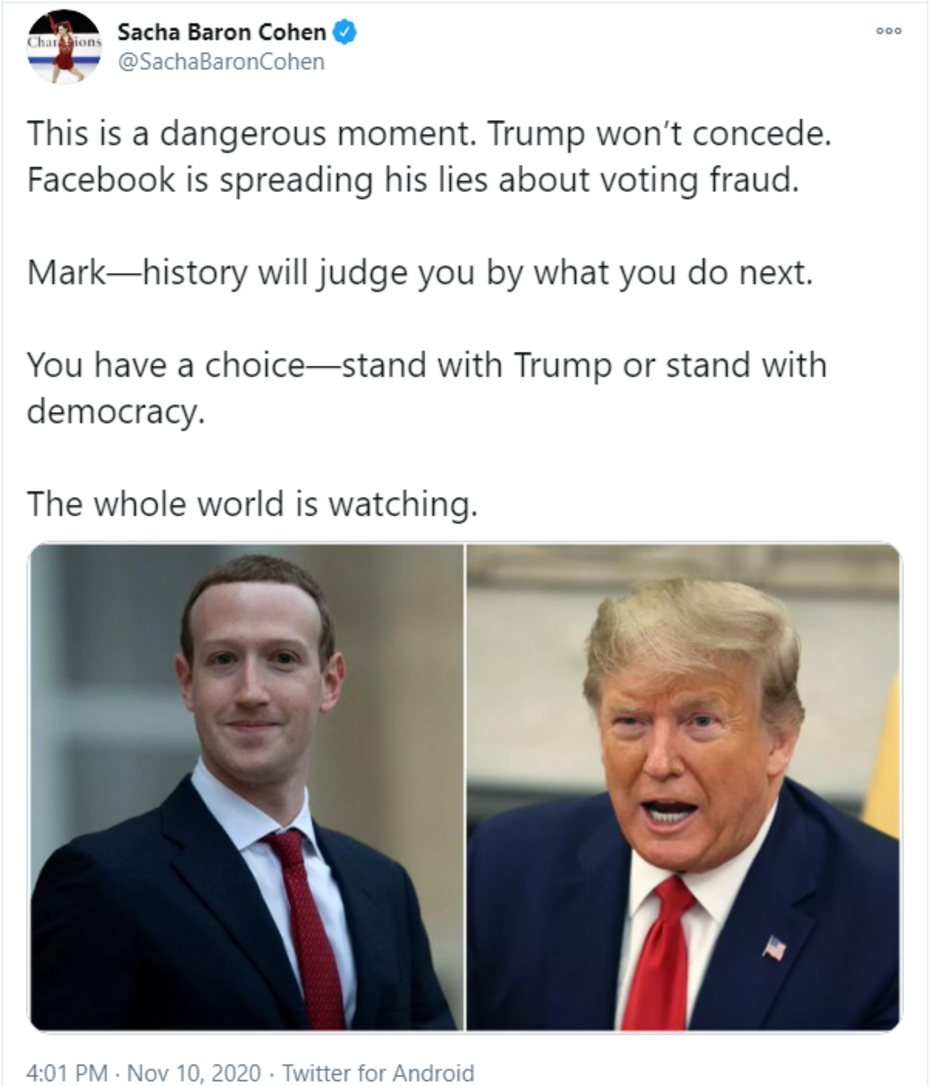 Yet another Englishman pokes his nose into American politics. Doubtless this is a manifestation of British desire to have America under their royal thumb again.

Leaving foreign intrusion aside, Cohen’s argument doesn’t hold up. Nobody protested Democrat candidate Al Gore’s reluctance to concede the 2000 presidential election to George W. Bush. Trump is within his legal rights, and Cohen is just being a baby.

In regard to Mark Zuckerberg being an accomplice of Trump in spreading misinformation, what does Cohen want Zuckerberg to do? Infringe on Americans’ first amendment rights by restricting what’s posted on Facebook? He already has, and people are enraged. Cohen may not appreciate freedom of speech, but in this country, it’s a valued right. The totalitarian regimes of the last century have emphasized how precious it is to citizens of any nation.

The rest of PopCulture.com’s article detailed excerpts from an op-ed that Cohen wrote for Time that was published on October 8. Cohen ranted that Zuckerberg’s inaction towards Trump’s Facebook posts amounted to handing the president "a megaphone that history's worst autocrats could only dream of." It’s called free speech, Cohen. Stop being so dramatic.

Cohen’s piece also targeted Facebook’s fact-checkers, since they declined "to fact-check political ads and posts—which it then microtargets to voters." Facebook actually does fact-check political posts, Cohen, but with such partiality that they labeled a factually true MRCTV post as misinformation. Is Cohen sure that Zuckerberg is an accomplice to Trump?

Cohen’s article dramatically proclaimed that "The fate of U.S. democracy now rests with voters and whether they stand up in record numbers and choose truth over lies. As protesters outside the 1968 Democratic convention chanted after they were brutally beaten by police, 'The whole world is watching'—and this time it's to see whether our planet's oldest democracy will endure or slide into autocracy."

Quit spreading fear and anger among the masses, Cohen. We already have Fredo Cuomo doing enough of that.