Media Predict Do-It-Yourself Abortion Will Be ‘Next Frontier’ 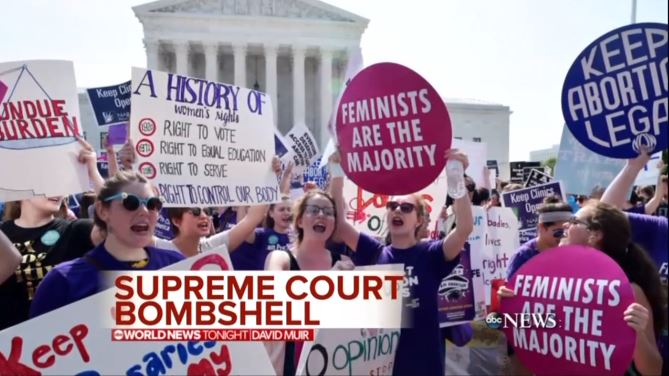 Do-it-yourself (DIY) isn’t just for arts and crafts, according to the liberal media. Now, they’re using the term for abortion.

Following stronger pro-life legislation and the closing of abortion clinics, liberal journalists first panicked about the rise of dangerous DIY abortion. Some exaggerated the number of women attempting them. Feminist media highlighted desperate women who would do anything to abort, from seeking out questionable abortifacient drugs and coat hangers to stomach punching. Yet, simultaneously, these outlets rejoiced over drone deliveries of abortifacient pills to predominantly Catholic countries like Ireland and Poland. And now, women’s magazines and abortion organizations are asking: is the DIY drug-induced abortion the “next frontier” that will give women full bodily autonomy?

Try protesting abortion and pro-choice activists will point to the fallacious response that women will turn to back-alley abortionists or use sharp instruments. Brazilian gynecologist Germán Cardoso recently touted this view and told Foreign Policy, “Women are going to have abortions. If a doctor doesn’t do it, someone else is going to.”

In an article commissioned by Glamour in March 2016, freelance writer Phoebe Zerwick discussed “The Rise of the DIY Abortion.” She lamented, “Has it come to this? How did women end up so desperate — even willing to break the law to get an abortion?” In an opinion piece for the New York Times, economist Seth Stephens-Davidowitz aired similar sentiments, writing that “in some parts of the United States, demand for self-induced abortion has risen to a disturbing level.”

However, feminist writer Jill Filipovic wasn’t so sure how to view the change in an October 3 piece for Cosmopolitan.

“Should the DIY abortion be a last-ditch option, used only in the face of restrictive laws that would otherwise make the procedure impossible?” Filipovic queried. “Or is letting women terminate their pregnancies themselves a logical extension of the pro-choice maxim ‘Trust Women’?”

In order to understand more about the movement, Filipovic traveled to Indonesia to interview Inna Hudaya, a pro-abortion activist and founder of the Samsara abortion hotline.

When she was a 22-year-old medical student, Hudaya got pregnant and panicked. Indonesia has strong pro-life legislation, so she had a back-alley abortion. Haunted by the memory of it, Hudaya found solace from American pro-life groups she located online. (At this point, it seemed odd that Filipovic, given her past stories, had painted the pro-life movement in such a positive light.)

Hudaya took what she learned from the pro-life groups and started Samsara, a group that gave similar counseling and comfort to post-abortive women in Indonesia. However, “the more Hudaya talked with women’s rights advocates from around the world,” Filipovic wrote, “the more she began to doubt the pro-life model.” Of course. This would turn into a pro-abortion transformation story. 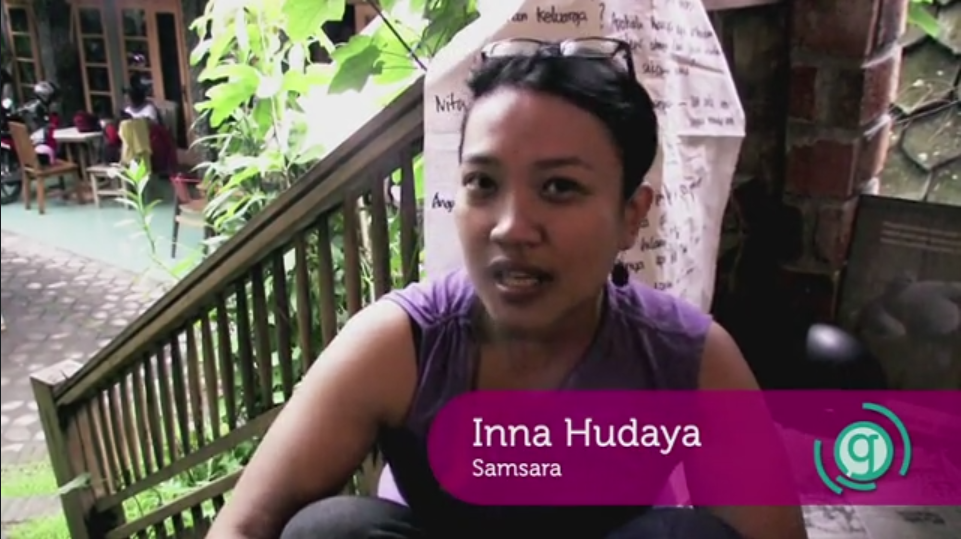 Samsara’s approach and opinions changed. According to Filipovic, Hudaya’s group now aims to “tak[e] abortion out of the dominion of doctors and put it in the hands of women.” To do so, counselors refer women to purveyors of abortion drugs. If pills are undesirable, Samsara recommends allied doctors who will provide safe but illegal surgical abortions.

Today, Hudaya unabashedly supports abortion. “In a good way, I learned from [the pro-life counselors] how to forgive myself, how to deal with my problem, how to reconnect with myself,” Hudaya told Filipovic. “But I think the worst part is to think it’s a sin and that I have to regret it. Because now when I have to think about it again, I think that is one of the best decisions I ever made in my life.”

Many abortion supporters commonly argue that women like Hudaya can further their education and careers without a child hampering them. Timing is everything, after all – hence the “Planned” in “Planned Parenthood,” according to them As one post-abortive woman stated in a Reuters article on DIY abortion, “A child is a very important, precious thing, and to just bring it into the world willy-nilly is I think a preposterous idea.” Exactly. Which is why our culture shouldn’t take lightly the killing of an unborn baby. And another reason why libertine sex is problematic.

But it’s not just journalists who are advocating the DIY movement. Big name pro-abortion leaders have also weighed in on the issue.

Ilyse Hogue, president of NARAL Pro-Choice America, talked to Filipovic about her take on DIY abortion. “Particularly as the FDA catches up to the safety of medication abortion, we see it playing a larger and larger role in the landscape as we move forward,” she said. 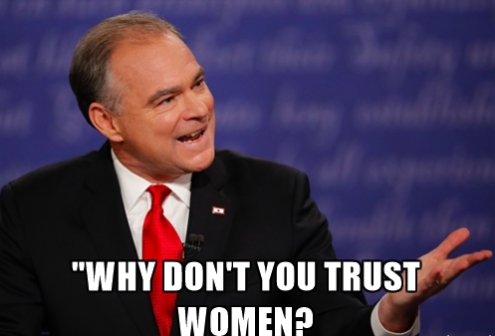 As co-founder of the Sea Change Program, Steph Harold commented, “If we really trust women, if that’s a slogan we really get behind, it should mean we trust women to do their own abortions when they want to.” This idea of “entrusting women to make their own choice” is a classic liberal talking point, recently employed by Democratic VP candidate Tim Kaine and celebrated by Vox, Huffington Post and Cosmo after the October 4 debate. Yet besides impassioning feminists, it really has nothing to do with the fact that a separate human being’s life is at stake.

Sadly, with the push from abortion supporters and the media, Filipovic’s prediction may become reality soon: “The next frontier for the newly emboldened pro-choice movement: safe, legal medication abortion, even outside of a clinical setting.”