Sulu Gay in New Star Trek Film: ‘We Are All LGBT Somewhere’

What could be better than a new Star Trek movie? Its first openly gay character, of course!

The internet has been exploding with the news that USS Enterprise helmsman Hikaru Sulu will be portrayed as gay in the upcoming film Star Trek Beyond. Sulu will appear briefly in a scene with his “husband.” According to The Hollywood Reporter, “the two have a daughter together.”

Writer Simon Pegg and Director Justin Lin made the decision as a tribute to George Takei – the actor who played swashbuckling Sulu in the original Star Trek series. Although Takei was gay during his 1960s stint as Sulu, he did not officially come out until 2005.

John Cho, who plays the new Sulu, “liked [Pegg and Lin’s] approach” to incorporating the change, “which was not to make a big thing out of it.” “Which is where I hope we are going as a species,” he continued, “to not politicize one’s personal orientations." 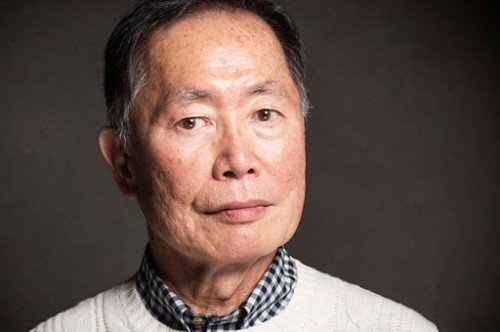 Surprisingly, Takei was no fan of the modification. In an interview with The Hollywood Reporter, Takei stated: "I’m delighted that there’s a gay character … Unfortunately, it’s a twisting of [originator] Gene [Roddenberry’s] creation, to which he put in so much thought. I think it’s really unfortunate." Instead of making Sulu gay, Takei had suggested that Pegg and Lin create a completely new character – one without such an ingrained history – and make him gay instead.

However, the writer-director duo didn’t heed Takei’s words. Pegg believed it would only lead to “tokenism” – introducing a gay character “primarily defined by their sexuality … rather than simply for who they are.” Instead, Pegg hoped the news about Sulu would lead audiences to “infer that there has been an LGBT presence in the Trek Universe from the beginning … that a gay hero isn’t something new or strange.” He continued, “Whatever magic ingredient determines our sexuality was different for Sulu in our timeline. I like this idea because it suggests that in a hypothetical multiverse, across an infinite matrix of alternate realities, we are all LGBT somewhere.”

To the media, the disclosure was out of this world.

Vox went a step further by criticizing the sci-fi industry’s dearth of “queer characters” despite the fact that its films take place “in worlds far removed from our Earth’s prejudices.”

Before Takei’s revelation of his feelings, Huffington Post gushed: “We imagine George is as proud as we are to see how inclusive the Star Trek universe has become since [the 1960s].” Later, the site read: “UPDATE: After news of this story broke, Takei called the decision … ‘really unfortunate.’”

Pegg’s loyalty to the liberal agenda is no secret. A British citizen, he revealed his views of the Brexit in a BBC interview about his new film: “It’s a timely movie as well, because the villain in the film … is a sort of anti-federationist … he hates the idea of all these planets working together in harmony and sort of moving forward. So the villain of Star Trek Beyond is essentially Boris Johnson.” Johnson was the English politician who spearheaded Britain’s departure from the EU.

Star Trek Beyond will be released on July 22. Watch the trailer here.