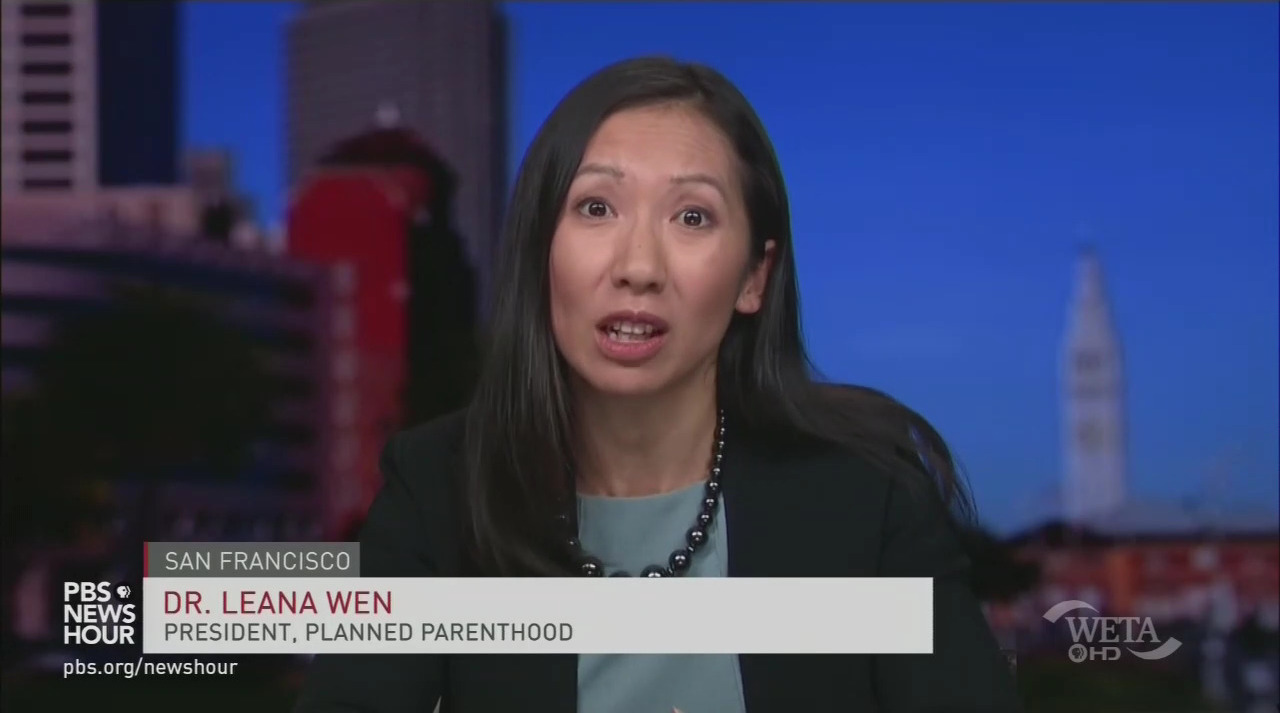 Another year of TIME’s 100 Most Influential People means another promotion of Planned Parenthood. Dr. Leana Wen came on as the abortion giant’s new president in November 2018, replacing the outgoing Cecile Richards, who was included twice before, and already Wen made TIME's 2019 list.

Cynthia Nixon, the left-wing activist and Sex and the City actress who tried to replace New York Democratic Governor Andrew Cuomo last year, writes for Wen’s spot on TIME's list, which brings together the nauseating pro-abortion trifecta of the mainstream media, Hollywood, and Planned Parenthood.

“Dr. Leana Wen is the first physician to lead Planned Parenthood in half a century,” Nixon begins. If Planned Parenthood claims to be a healthcare provider, why would they want to be bragging it’s been so long since they were headed by a doctor?

Nixon rattles off a list of their services, such as “cancer screenings” and “affordable birth control,” which according to Planned Parenthood's 2017-2018 annual report have decreased, while abortions and taxpayer funding increased. There’s even mention of “maternal health services,” though Planned Parenthood has been caught lying about offering prenatal care in the past and services are on a steady decline. And their 332,757 abortions outnumbered their 2,831 adoption referrals nearly 118 to 1.

“All the while, she’s making it clear that the organization is not backing down from the fight to protect the right to safe, legal abortion,” Nixon writes. Gone is any mention of making abortion “rare.” Planned Parenthood doesn’t shy away from affirming its pro-abortion status. Lest anyone be confused, Wen sought to clarify their commitment to abortion following a BuzzFeed article in January.

“At a time when reproductive rights are under relentless attack, and our country questions whether health care is a human right, Leana Wen is the fierce visionary I want fighting on behalf of all of us,” Nixon concludes. Yikes, speak for yourself. If Nixon and her ilk think “reproductive rights are under relentless attack,” she only needs to look to the extreme abortion laws passed in her state of New York, which have been considered in others.

It’s also rich that she would mention “whether health care is a human right,” when the human right for babies soon-to-be-born or even already born is so blatantly violated. I’m talking about the U.S. Senate failing to pass a bill thanks to Democratic Senators which would provide medical care to infants born from an abortion attempt. Abortion is not health care. It is not a human right. It never will be.

If TIME wanted to find a more worthy person to include on the list, perhaps they should have turned to Abby Johnson, a former Planned Parenthood clinic director who became pro-life after watching an abortion. Johnson has a group aimed at helping abortion workers leave the industry. Her conversion was the subject of the film Unplanned, released last month, which has already inspired at least 15 abortion workers to quit their jobs, with over 100 others reaching out for help. Now, that's influential!