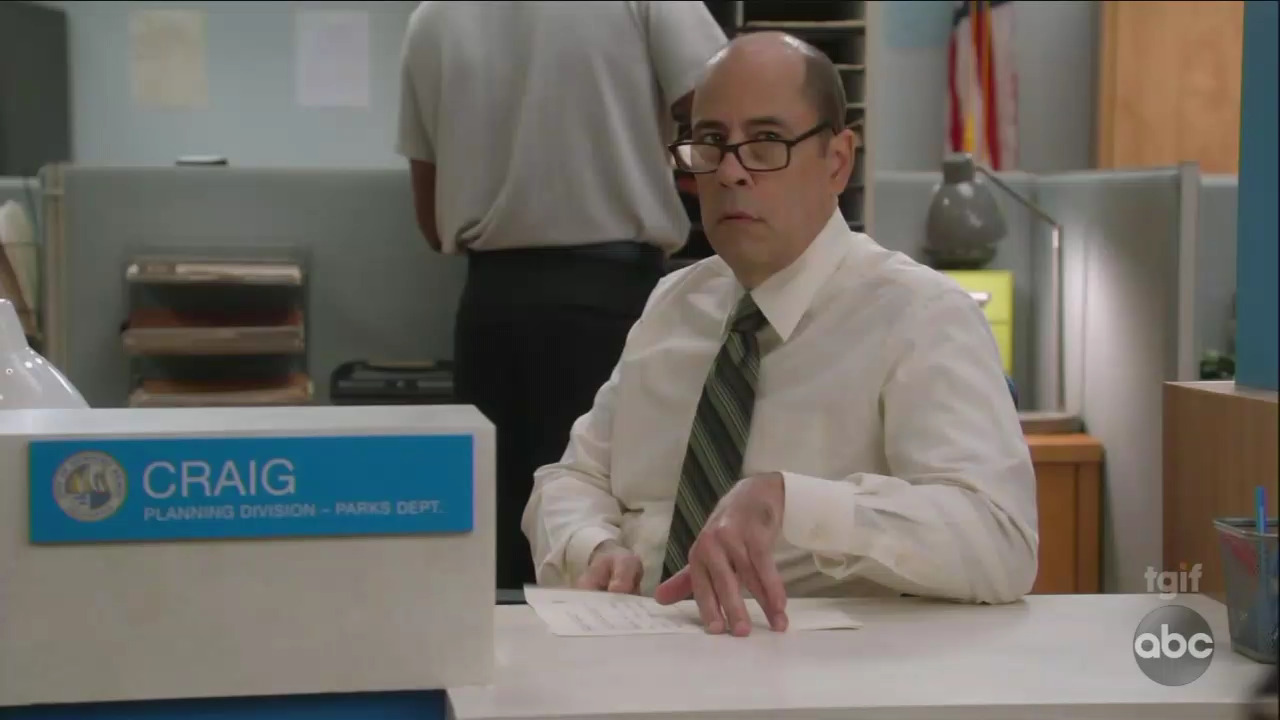 The December 7 episode of Speechless on ABC, ‘F-O-Follow T-H-R-Through’ involves the DiMeo family seeking to get it together and finish plans for past projects. For middle child, Ray DiMeo (Mason Cook), this means following through on building "an accessible playground for kids with all abilities" known as J.J.’s Dream, named after his brother with cerebral palsy. Showing no good deed goes unpunished, Ray finds he has plenty of lines, red tape and petty government bureaucrats to go through first.

Young Ray, assisted by his sister Dylan DiMeo (Kyla Kenedy), soon learns it’s not such a simple process as he attempts to navigate the bloated, inefficient government bureaucracy. He shows up at city hall ready with his permit application, telling the public employee, “I respect all that you do,” only to be told, "Yeah, thing is, this is the Parks and Planning Department. You need to bring these forms to the Planning subdivision of the Parks Department. It's in the Planning wing." I wonder if that's next to the Department of Redundancy Department?

What follows is a montage of filling out countless more forms and visiting more department, which Ray reminds them “this is what we trained for,” feeling like Rocky Balboa.

Female customer: Hey, excuse me, I really need to use the restroom. Do you mind just holding on to my spot in line?

Ray: Sorry, but I just feel like it violates the spirit of the line. You understand.

Dylan: I think you have a future here, Ray.

Ray: Hello, Craig. Here is my form 612 application to build a playground, and I understand you'll need to send me over to Parks, but I'm here for my 897.

Craig: Still a lot more forms you need to fill out.

Ray: This is what we trained for. Sir, would you mind if I played some of my psych-up music?

Dylan: Sorry, pal. You're not getting this back.

Ray: I respect that. [Proudly stands on steps] Eh, that felt like Rocky.

It’s also worth emphasizing that Ray is portrayed as a rather odd, earnest young man throughout the series, with this episode being no different. When he’s told about the “complicated process” of starting the park, he gleefully responds with “I’m a complicated boy.” When Ray declares, “I filled out a 383b just for fun,” he's not kidding!

If this weren’t such a passion of Ray’s, would he even make it this far in setting up the park, or would he just be deterred, like countless others, by the government?

Ray is just about to finally break ground on the playground when Assistant Zoning Commissioner Lyman (Richard Robichaux), flocked by another employee for muscle, comes to stop him.

Ray: What a great day for a groundbreaking ceremony.

Dylan: And a heck of a turnout!

Ray: I need you to film this for the JJ's Dream website.

Dylan: I'll never understand your generation's need to post things on the Internet.

Ray: Hello, J.J.'s Dreamers. Head Dreamer Ray, here, ready to break ground. You know, I've always been the type of a guy to follow through-- Assistant Zoning Commissioner Lyman? To what do we owe the pleasure?

Assistant Zoning Commissioner Lyman: First off, thanks for the invitation. Nice to be included in something like this.

Assistant Zoning Commissioner Lyman: But I'm afraid I have to shut this down. Your permit was denied.

Ray: What? No, I-I submitted all the paperwork. I-I followed all the steps.

Assistant Zoning Commissioner Lyman: Yeah, but it's my decision. And not to get all technical, but...my sister uses this area to play frolf.

Ray: No! No, it's not over. Not if I break ground before you stop me.

Assistant Zoning Commissioner Lyman: That's not how this works at all.

Ray: [fighting over shovel] Oh, you're not even flexing.

Assistant Zoning Commissioner Lyman may only have a few lines in one scene, but he is rather representative of the power obsessed government bureaucrat who has let what little influence he has go to his brain. He even grants special privileges to his sister.

It’s no matter that Ray correctly went through all the steps of a cumbersome and multi-faceted process of forms between different departments wings. His permit is denied at the last minute because a bureaucrat said so.

What ultimately gets the permit approved is Dylan storming in to mess around a bunch of papers and threaten a pet turtle. She lies to her brother, telling him Lyman had simply misplaced a form before, a completely believable story when it comes to government incompetence and the amount of unnecessary paperwork involved.

Ultimately the ground is frozen too solid for the inaugural dig, with it being winter and all. Whether Ray opens the playground then remains to be seen, but it certainly won’t be thanks to the Parks and Planning Department ... or the Planning subdivision of the Parks Department.