I don’t want to live in a society where fun memes like “Florida man” are destroyed by progressives’ ugly manipulations of language. “Florida person with a penis” just isn’t that catchy, and it wrecks the whole rhythm of the gag. 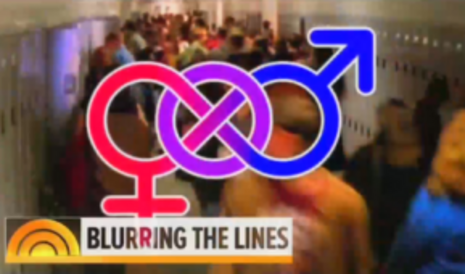 Yet such is the kind of linguistic atrocity being wreaked on grade schoolers by some Sunshine State pointy heads. According to FoxNews.com, “P.K. Yonge Developmental Research School, a K-12 public school affiliated with the University of Florida in Gainesville, administered a slideshow lesson on human anatomy for 6th-grade students in May.” according to FNC. (Wasn’t Public Developmental Research School one of Dante’s circles of Hell?)

Quite apart from the conceptual stupidity of neutering the language, I have to ask: Where’s the creativity? Where’s the verve? Why not “penile people” or “the cliterati?” You moonbats have a stranglehold on public education – swing, baby!

But I guess that’s too much to ask from people who tell kids things like:

Yes, some tiny fraction of a percent suffer from a horrible mental disorder known as “gender dysphoria”  Or maybe it’s “Tic-Toc.” Either way, it affects a vanishingly small number of people and it’s no excuse to go about torturing the English language.

The school also offered the students – both the vulvally enabled and the phalicly endowed – with a lesson on “Affection, Abstinence, & Understanding Love.” According to Fox, it tackled all the important stuff like “gender identity and sexual orientation and defined multiple terms like ‘non-binary,’ ‘genderqueer,’ ‘pansexual’ and ‘aromantic.’”

It also told the little genitalia owners that “Gender exists on a spectrum.”

So does stupidity, and “Florida man” barely even charts compared to developmental research school faculty.