The 2020-21 TV season may end up being remembered as the year Black Lives Matter occupied scripted television. Or the year Hollywood finally buried its last vestige of original creativity. Either way, the last few months of popular TV have been one long overdose of video virtue signaling. 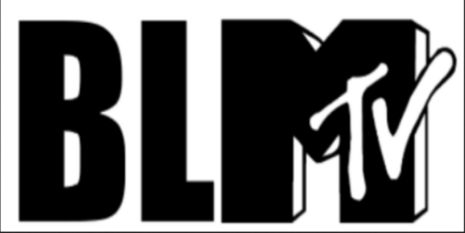 Since the fall, any show that had anything to do with African Americans -- and some that didn’t -- shoe-horned race plotlines, references or visual props in anywhere they could. MRC Culture’s On TV blog between September and January flagged 38 new scripted TV episodes injected with racial strife. (Likely there were more, and more have aired since the beginning of February.)

Few ecosystems are as impervious to original thought as Hollywood, and these ham-fisted propaganda efforts reflect the groupthink. Just one of the 38 episodes (Blue Bloods) rejected BLM grievance narrative of violent cops enforcing systemic racism. If you’ve ever suspected that “ripped from today’s headlines” dramas are camouflaging lazy, uncreative writers, this season has vindicated you. It seems like there are few sticky plot points that can’t be explained away with an assertion of “white privilege.”

On a December episode of CBS legal drama All Rise, a character repeats BLM’s cornerstone lie that cops murder African Americans with impunity. “In the past decade, in this town, a grand total of zero officer-involved shootings have been prosecuted,” the man says. “I mean, it's systemic. Everybody contributes -- you know, the police, the police union …”

In a recent episode of the show, a character describes the police as “an oppressive institution with roots in fugitive slave capture.” The supposedly older, wiser woman she’s talking to responds, “Wow. You are a smart young lady. There are plenty of folks who share that critique but ignore the call.”

CBS’s S.W.A.T. is no better. This season’s story line includes a conflicted black police officer. In the season premier, the character’s father tells him  "[i]t's the cops. Y'all are the ones that's killing us," and insists that Los Angeles policing of black communities has not improved since the Watts riots of 1965. In a later episode, the cop implies that police are trigger-happy. More recently, he implied nothing in L.A. has changed since the Rodney King riots in 1992, “And the gap between black and blue is even wider now.”

On the January season premier of ABC’s The Rookie, the lawyer of a wrongly accused cop tell him:

You are a white man. A cop. You have already been treated with a level of deference my other clients would never get. If you were black or brown, the police would've created exigent circumstances and kicked the door in, shot you if they thought you reacted aggressively, arrested you if you surrendered, confident that the D.A. would bully you into a plea deal.

Apparently unable to think past such contrived pandering, the show’s creative brain trust turned their season over to the murderous white cop storyline -- it drives the other three January episodes of The Rookie.

ABC’s sitcom Blackish has swallowed the entire BLM narrative, contradictions and all. A November episode the show’s main character praised his daughter for having “the right idea” when she made a protest sign that read, “Burn It Down.” Then the show blamed “barista-looking,” “oat-milk-ass-looking white dude(s)” for violence erupting at a BLM protest. If “Burn It Down” is an acceptable slogan, why blame white people when somebody acts on it?

In an episode of “ALL Rise,” an elderly Hispanic couple whose small business has been destroyed in the BLM riots save their venom for insurance adjusters and defend the rioters. “They stand with us when we get deported. We stand with them when they're losing their lives,” says one of them. Solidarity, brother!

“Comedies” have caught the race obsession as well. The episode of Blackish mentioned above was strewn with angry rhetoric and thoughtless left-wing sloganeering. Asked what “Defund the Police” actually means, one character says “It means redirecting the huge police budget to fund school lunches, affordable housing, unemployment assistance.”  He tells his father, “We are trying to change things so that people don't get shot for running stop signs.” But asked if he really compared “police violence to hamburgers,” the father says, “They both kill black people!”

At least “Blackish” has obviously always had a big racial component. Other shows try to send up virtue flares only to burn themselves. An episode of ABC’s The Goldbergs featured incredibly woke 1980s high school students talking about racism being “everywhere.”

On NBC, Superstore (which in fairness has never met a fashionable lefty obsession it wouldn't cram into an episode) a guilty white manager throws a “No whites allowed” pizza party for “employees of color.” When the gesture alienates white workers, he asks a black character if whites can share the pizza. This leads to a harangue about reparations: “Attention, all Cloud 9 employees in all departments,” he says:

Please report to the break room for pizza because apparently, now everyone gets pizza. Never mind that the basic infrastructure of this country makes it so that one group of people gets way more pizza than others! Or that some of us spent over 400 years forcibly making pizza for white people!

And if writers couldn’t figure out a way to brutalize plots into full agit-prop vignettes, shows can always drop a few verbal asides or visual nods. For example, on the ABC medical drama The Good Doctor, a character turns up randomly in a scene wearing a Black Lives Matter tee-shirt.

In an episode of CW’s All American, asked why he’s helping to paint “Black Lives Matter” on the floor of his Beverly Hills high school, a character explains that “it's a dope idea.” Later, a character is asked what she’d been doing all summer break. She replies, “Nothing. I mean, the BLM demonstrations and parts of America showing its racist ass, I've just been neck-deep in podcast stuff. But whatever.” Sounds like a fun school.

These are a few samples of the racial radicalism Hollywood’s been foisting on TV viewers for months -- dumbed down social justice rhetoric, cheap gestures of solidarity and storylines intended to reinforce the leftist narrative of oppressive whites, savage cops, and black victims. And likely these shows will go on generating BLM propaganda until they have a chance to work in the bogeyman of violent white supremacists invading the capital. It’s never too late to become outraged over political violence.