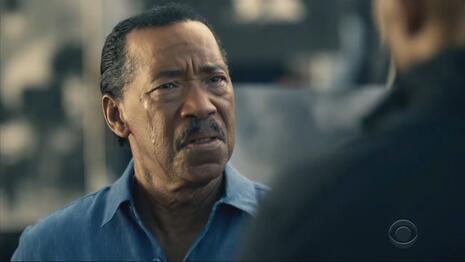 This fall's network television line-up of cop shows has begun and that means endless lecturing of the Black Lives Matter narrative. Audiences are being hectored that police officers are inherently racist towards black men and nothing has changed in the U.S. since Jim Crow.

Hollywood has been beating this drum for many years now, from shows with officers shooting innocent black people to cops covering up killings of innocent unarmed black suspects, but they vowed a renewed focus after the death of George Floyd.

The latest installment in the "cops are inherently racist and always will be" genre was the season 4 premiere episode of CBS's S.W.A.T, titled "3 Seventeen Year Olds," on November 11. The premiere was set on the anniversary of the 1992 Los Angeles riots.

Since 1992, major reforms have taken place in the Los Angeles Police Department that have led to substantive improvements. Even corporate media sites like CNN have written pieces acknowledging that the LAPD had "what Harvard researchers would later call one of the most ambitious attempts at police reform ever attempted in an American city."

But you would know absolutely none of that from the conclusion of S.W.A.T. While most of the show is focused on an unrelated fictional terrorist attack happening in the city, the episode flashes back throughout to 1992.

At the end of the episode, the Los Angeles S.W.A.T. team is at a community commemoration of the '92 riots. Lead S.W.A.T. Officer Hondo's (Shemar Moore) father (Obba Babatundé) gives a speech to his son about how nothing has ever changed for black people in Los Angeles, not even since 1965.

Daniel: That day... That you told me you enlisted. Did you know what you were signing up for?

Hondo: I thought we done been past this, Pop. Didn't you tell me if I want things to change, be the change?

Daniel: And? What have we seen change, son? Huh? Let me tell you about a little boy I once knew. Somebody asked him, 'How will it be okay?' His answer? 'It ain't me, it ain't us, "It ain't them. "It's the cops. Y'all are the ones that's killing us." He said that in 1965, but it sounds like today. See, it's a generational wound that just keeps... Getting picked at every few decades because we refuse to learn the lesson.

Hondo: Maybe we learn the lesson this time.

Daniel: Don't do that. Don't be naive.

So, apparently all the legacy media articles, from CNN to NPR, acknowledging how the Los Angeles Police Department has been a model of reform, are meaningless. Hollywood must stick to the BLM script. Suggesting otherwise is "naive."

The Los Angeles City Council has already voted to slash the LAPD budget by $150 million, a disaster for the city. Next, they will probably call to abolish the police.

Make no mistake, Hollywood will continue to push the anti-law enforcement lies that are leading to less protection for Americans and surges of violence in major cities since the BLM movement began.

This rant was brought to viewers in part by Duracell, Jeep, and Starbucks. You can fight back by letting these advertisers know what you think of them sponsoring such content.