A photo of a bullwhip in a guy’s butt? You paid for that. The movie about 12-year-olds having lesbian sex? Ditto. Oh, and did you ever get a thank you card for the $12K you gave that experimental theatre company to create a play about the “stigma” of abortion? 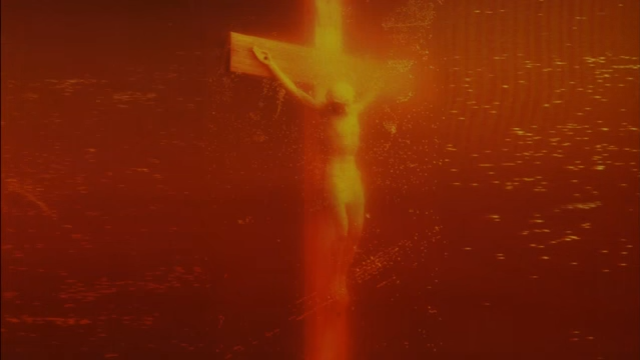 Now that the Trump budget proposes doing away with the NEA and the NEH (and PBS and NPR – hah, I just love writing that!) all the usual suspects are moaning about the damage to our culture. All those Sundance films, and Harry Reid’s cowboy poetry festival, and transgressive performance art aimed at questioning the binaries imposed by Eurocentric blah, blah, blah. But most Americans never see what they’re getting for their money, and when they do, they don’t much like it. NEA and NEH et al are welfare for the liberal cultural elite. Check out this unintentionally hilarious defense from Andrea K. Scott in the New Yorker:

For evidence of the inestimable value of the N.E.A.’s work, look no further than the fiction and poetry pages of The New Yorker. To name just two contributors who’ve received creative-writing fellowships: the U.S. poet laureate Natasha Trethewey; and the magazine’s incoming poetry editor, Kevin Young. Or, for that matter, look at your program for “Hamilton”—the N.E.A. helped hatch it.

Those programs must be defended, by God – they produced a New Yorker poetry editor!

But they’ve also underwritten a lot of filth.

“The Piss Christ” -- Yep. Collect a $20K grant from the NEA, drop a crucifix in a glass of urine, take a picture.

Maplethorpe – In 1989 Washington, D.C.’s Corcoran Gallery, with support from the NEA, was going to host an exhibit of photographs by Robert Maplethorpe. That those photos amounted to hard-core gay pornography (the aforementioned bullwhip pic was one) seems not have given pause to anyone at either institution. When conservative members of congress found out, the Corcoran dropped the exhibit.

The Insufferable Mr. Burns – Last May the NEH gave $10,000 and the honor of its Jefferson Lecture to lefty PBS documentarian Ken Burns. Burns used the lecture to lament white privilege, extravagantly mourn Trayvon Martin “like the amputated limb felt long after it has been cut off …” (oh, please!) and to run down the idea of American exceptionalism and traditional religion.

Dirty Movies – From the Heritage Foundation:

In November 1996, Representative Hoekstra questioned NEA funding of a film distributor handling "patently offensive and possibly pornographic movies-several of which appear to deal with the sexuality of children."39 He noted the NEA gave $112,700 over three years to "Women Make Movies," which subsidized distribution of films including:

Three other films center on the sexual or lesbian experiences of girls age 12 and under.

Transcripts – According to the Washington Times, “The American Repertory Theatre got $50,000 to help bring ‘Trans Scripts,’ a play about real people in the U.S., U.K. and Australia who transitioned from male to female, to the U.S. this year.”

Climate Change Propaganda – Per the Times, the NEA is forking over $20k for public art presentations “on the theme of climate change” in Minneapolis.