Remember when late night TV shows were supposed to be funny and entertaining? No more. Late Night With Seth Meyers writers filed on stage July 26 to recite a collective attack against the President Trump and his daughter, Ivanka. And of course, the liberal media – from HuffPost to Rolling Stone joined in their ‘group troll.’

Writers Amber Ruffin, Ally Hord, Dina Gusovsky, and Jenny Hagel took it upon themselves to “troll” Ivanka Trump following the President’s announcement that transgender members of the military will no longer serve in the armed forces.

“We’re here because we’re upset about the President’s discriminatory tweets,” Ruffin exclaimed, while each writer recited the following portions of their group statement: 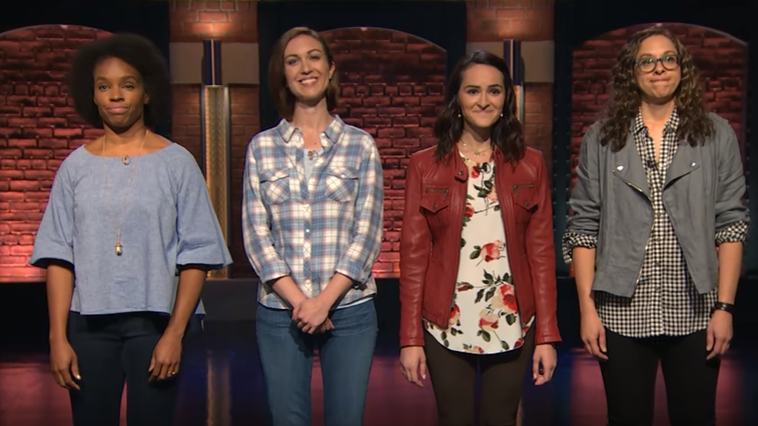 “…and the next day it’s black people…”

They proceeded to quote Ivanka Trump’s tweet from June in support of her LGBTQ friends.

The writers then motioned to a screen depicting an empty podium, a tumbleweed rolling through rural America, and a lone wolf howling at the moon – symbols of Ivanka’s presumed silence following her father’s controversial announcement.

“You don’t fool us. You don’t care about the military. The only war you’re willing to fight in is a Twitter war,” exclaimed Dina. “And you’re not even good at that,” Ruffin chimed in.

Their comments went on: “The real reason you’re doing this is to distract us from health care, Jeff Sessions, and the whole Russia thing.”

Yet interestingly enough, it just so happens a majority of Americans believe the president did nothing “wrong” or “unethical” when it comes to “the whole Russia thing,” according to a Quinnipiac poll from late June. And according to recent survey from the Pew Research Center, Americans are split when it comes to health care. Nearly equal groups respectively favor a single national government program, simply continuing the Medicaid and Medicaid programs, or a mix of government and private programs.

And, frankly, Americans are far less interested in Jeff Sessions than Ruffin, Hord, Gusovsky, and Hagel seem to imagine. In fact, attitudes toward Jeff Sessions have never been more positive – the liberal media is actually defending a member of Trump’s cabinet – yet only because Trump has attacked him, of course.

And Late Night With Seth Meyers’ response to the president’s ban on transgender military service certainly wasn’t the worst the late night shows had to offer. Jimmy Fallon invited transgender comedian Patti Harrison onto his show, who declared, “Donald, you’re so stupid,” while Stephen Colbert responded to the tweets with a pithy “Fuck you!”

Ruffin, Hord, Gusuvky, and Hagel’s collective trolling – coupled with remarks from the other late shows – reflected both the groupthink and the alarmist rhetoric that pervades the admittedly liberal entertainment industry.