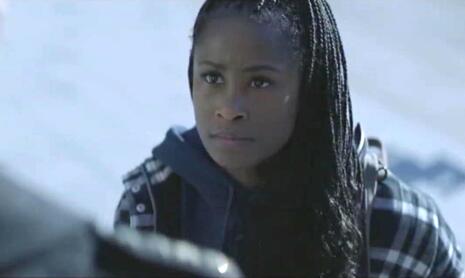 In case it wasn’t clear before, CW’s Batwoman really doesn’t like the police. As a little reminder, the latest episode for the caped crusader promotes more Black Lives Matter propaganda for 2021, this time with a "Defund the Police" message.

The March 28 episode “Rule #1” features an appearance from the often-absent Police Commissioner of Gotham City appearing to take part in a police budget discussion. While giving an interview, he’s blindsided by a protestor who badgers him about “defunding the police.” In true Batwoman fashion, the protestor is noble and empathetic even when defending vandalism. And the police commissioner, who’s also revealed to have been having an affair, is a snarky, insensitive jerk.

Commissioner Forbes: Oh, goody. Let me guess-- you want to defund the police.

Jordan: Defunding the police means reducing your budget in areas like officer bonuses and cannabis regulation and redistributing the funds to things like mental health, education, employment, housing.

Commissioner Forbes: Where do you think the money comes from every time we have to clean a building you and your friends graffiti tags, huh?

Jordan: Got it. So spray paint will get your attention but not your own officers killing 4 unarmed black men this year alone?

Commissioner Forbes: It's an elected position, sweetie. You don't like me, run.

One can’t help but agree with the commissioner in that if people really didn’t like how things were going, they could always run for office to change things.

Unfortunately, the Antifa and BLM crowds the show caters to seem to enjoy burning down buildings more than actually doing anything productive. Not to mention that four police killings of unarmed black men in one city in less than a year is as fictional as Gotham City - in the entire United States, approximately 27 were killed in 2019. This inflation is in line with a survey that found "[o]ver 80 percent of liberals guessed at least 100 unarmed black men were killed" that year. Almost 60 percent of liberals thought half of police killings were of black people, but approximately 50 unarmed white people were killed by police in 2019.

The girl ends up being Sophie’s (Meagan Tandy) younger sister Jordan (Keeya King). The irony that a private security officer has a younger sister acting as an anti-authority activist is not lost on the show, though the series clearly agrees with Jordan more than Sophie. Jordan also insists she’s making a difference by tackling crime “before it starts.” She remarks, “I'm working with grassroots organizations to get funding for a community center off skid row, I'm on a council to move money to neighborhood-led safety initiatives, and I phone bank for No New Jails in Gotham City.” Those sound like nice expensive fluff, but none of those things seem to explain the very simple question of whom I’m supposed to call if a murderer breaks into my house.

Batwoman is hardly the best arbiter of justice. Now I doubt that Batwoman even knows what justice is.

This show was sponsored by commercials from Old Navy, T-Mobile, and Toyota.