Apple TV’s For All Mankind is back to rewriting history for the worse in a second season. On top of being sexist and bigoted, NASA is now apparently racist even to its black astronauts. 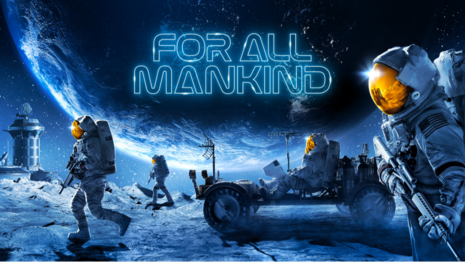 The series follows an alternative history where the Soviet Union reached the moon before the United States in 1969. This ignited a space race that altered many historical events and continued for years. The March 12 episode “Pathfinder” then sees NASA planning a new mission all the way in the mid-1980’s.

Danielle (Krys Marshall), an astronaut for season 1, is looking to command the latest trip, but she faces obstacles in the form of her old mission partner turned superior Ed Baldwin (Joel Kinnaman). While he may have actual reasons not to put her in charge of a space mission, the scene quickly boils down to racism. As in, NASA was fine with her being the “token Black girl,” but refuses to put her in a higher position because of her skin color. Once again, the series thinks the most important thing about billion-dollar space trips is what minority group they represent.

Danielle: Ed, how many astronauts do we have now?

Danielle: And how many of ‘em are black?

Danielle: And how many of them have commanded a mission?

Danielle: I’m not trying to imply anything. I’m saying it straight. This is not good enough.

Ed: Look, Dani, you gotta understand. These things, they take time. You know, first they gotta qualify, then they gotta be trained, and then they gotta get some missions under their belt. Believe me, if they were ready, they’d be commanding.

Danielle: “If they were ready”? You sound like an NFL owner.

Danielle: No, we haven’t. Ed, I came into this program as the token Black girl. And I was grateful for the opportunity, no matter what the reasons. But that was 13 years ago. This program, it has the power to change the world. You know that.

Of course, Ed eventually agrees to her request and passes it on to his superiors. While there’s predictable squabbling over the choice, a black general vouches for him stating it represents the “progress” they’ve made over their “troubled history with race relations.” Following that, all is made right with NASA as Danielle is officially in charge of a space flight.

I’d like to think the 1980s, much less an alt-history version, would be more concerned with beating the Soviet Union over checking diversity boxes. After all, I doubt we’d care who led a trip to the moon if the USSR suddenly became the world’s dominant superpower. Sadly, progressives never seem to get their priorities straight, neither in the present or the woke rewritten past.