For the past ten episodes, Apple TV’s For All Mankind has been cramming its alternate history story full of pretty modern politics. It was only inevitable that one day politics would pretty much overtake putting people on the moon. The season finale does just that by giving us another illegal immigration sob story. 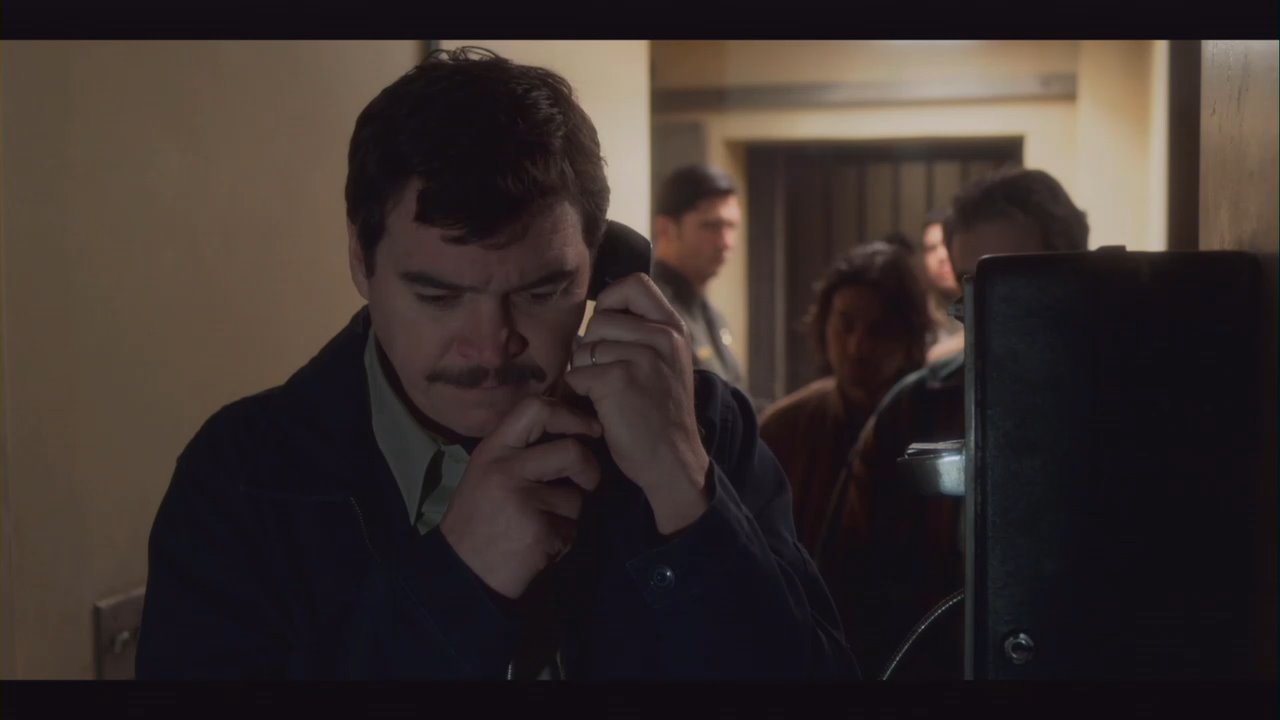 The December 20 finale “A City Upon a Hill” follows a mission to retrieve sole astronaut Ed Baldwin (Joel Kinnaman) from the U.S. moon base and place Ellen Waverly (Jodi Balfour) in his position in a last-ditch effort. While this mission proves to be dangerous and involves most of the cast, that doesn’t stop the episode from pivoting to focus on the illegal immigrant family that has been waiting in the background all season.

High school student Aleida (Olivia Trujillo) is shocked to find one day that her father Octavio (Arturo Del Puerto) has been arrested and sentenced to be deported back to Mexico. This is supposed to come off as a tragic plot development even though Octavio willingly broke the law to bring his family here. The fact that Aleida tearfully misses her father doesn’t change that.

Barbara Walters: His hope is that whatever event damaged the antennae did not also damage the fuel tanks or guidance systems.

Barbara Walters: ended on an optimistic note, saying that astronauts are "a different breed. They train together tirelessly…”

Octavio: Aleida, are you okay?

Aleida: Yeah, I'm fine. Where are you?

Octavio: My hearing was this morning. They say they're gonna send me back to Mexico.

Aleida: What do you mean? They can't.

Octavio: I'm sorry, Aleida, I-I should have been more careful. But don't worry, I talked to Cata, and she said you can still stay there and keep going to school. I will send her money.

Aleida: I don't wanna stay with her. When will you be back?

Octavio: I don't know, mija. They say if they catch me again, they can send me to prison. But you don't worry, mija, hey. Everything is going to be okay. I promise you. Te quiero, mija.

Her situation grows worse as the apartment they lived in appears to have been raided by the police. Aleida’s then forced to make it on her own, unwilling to leave her home and her love of the space station. The latter, of course, is the only remotely relevant thing that connects her story to the main plot. Sure, Aleida has been taking extra classes from one of the heads of Mission Control, Margo (Wrenn Schmidt), but other than that she has no connections to the plots regarding the Space Race. All in all, this is clearly just an excuse to add an illegal immigration plot.

The rest of the episode isn’t completely free from politics, either. Ronald Reagan gets called out by current President Ted Kennedy for his "America was better way back when" mindset remarking, “What does he even remember way back when? Jim Crow? The Depression? Vietnam?”

Ellen also reveals her gay status to Deke Slayton (Chris Bauer) who automatically rejects it and advises her to keep it secret. By the end of the episode, there’s even another obvious allusion to illegal immigrants when Ellen later compares her space travels to the people who travel the country “in search of a new home.”

Ellen: I mean, it's dangerous. Lives have been lost, and, honestly, probably more will be lost. But every one of us knew the risks before we joined, the toll it takes on us - and on the ones we love. But we all signed up just the same. It's the price we pay to push forward to explore the universe and wander into the unknown. Pushing ourselves to the limits of what's possible. Are there sacrifices that have to be made? Of course. But sacrifice is a part of any journey. It's like those caravans, the wagon trains that crossed our country a hundred years ago in search of a new home. Or the ships that sailed across the Atlantic in search of a new world. Taking on these great challenges against great odds that's what makes us human.

Perhaps all of this will come back in season two, but for now, all For All Mankind proves is that no history is immune to a progressive rewrite.