Amazon Prime’s latest series Upload recently debuted and, unfortunately, it’s nothing less than a big disappointment. Somehow, this sci-fi satire manages to make even the afterlife political. It just goes to show that not even death can stop the social justice warriors on TV. 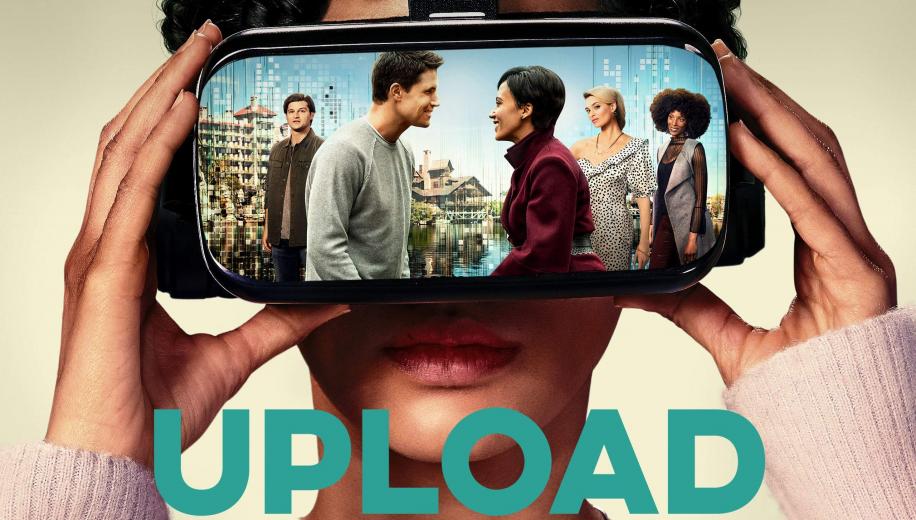 The show, which premiered May 1, follows Nathan Brown (Robbie Amell), a narcissistic coder living in the year 2033. After a fatal self-driving car crash, his shallow girlfriend Ingrid (Allegra Edwards) uploads his consciousness into a digital afterlife known as Lakeview sponsored by Horizen, where he can live in a virtual heaven. However, as he grows more connected to his customer service “angel” Nora (Andy Allo), he starts to question his world and the economic inequality of digitizing lives.

That last part may sound odd, but it quickly becomes the backbone of the ten-episode season. The series clearly paints a world of capitalism that prioritizes the wealthy and screws over the poor. The most notable example comes from the fourth episode “The Sex Suit” where Nora shows Nathan the poor lives of the “2Gigs.” These are people who were uploaded into Lakeview after their deaths but couldn’t afford the wealthy plans. As a result, they live with only two gigabytes of data per month in a prison-like environment with horrible conditions (including no genitals or clothes) unless they can somehow afford an upgrade. This is, as Nora calls it, capitalism.

Nathan: That’s actually kind of impressive, but Horizen should just give anybody a penis or clothing or-or an entire book. I mean, it’s just code.

Nathan: Look at this. This is terrible. These people don’t deserve this.

Nathan: Nobody deserves this. Somebody should do something. [Sappy, inspiring music plays.] Wait, where’s that music coming from?

It’s also later revealed that, before his death, Nathan was originally creating a system that would help people like the 2Gigs create a better living arrangement for themselves. However, he later betrayed his morals and sold his idea to a Horizen executive, more specifically Ingrid’s father Oliver (Barclay Hope), in order to become rich. Oliver then, in turn, organized for Nathan’s death to hide the system from the public. Basically, everyone’s problems in this show stem from either rich people or people who want to earn money. And this is all capitalism’s fault.

The show unfortunately does not get any more subtle than that. Every episode is drowning in obnoxious product placement and corporate jabs to prove how dumb the peons are for letting capitalism run wild. Of course, this ignores the irony that the show happens to be produced by one of the biggest tech corporations in the world, but then we’d have to have a discussion beyond “capitalism bad.” I suppose the system is only bad when other people get rich and successful.

Sadly, that’s not the only issue plaguing the series. There are also a few political jabs including the heartless Lakeview executive being pictured with Vice President Mike Pence, an Oprah/Kamala 2024 poster, and an obvious David Koch parody in the wealthy sociopathic Lakeview resident David Choak (William B. Davis). Beyond that, the show still proves to be crude and vulgar including multiple f-bombs and a particularly tasteless gag about a 12-year-old boy being turned into a topless woman. Somehow, I doubt that’ll help Upload last the test of time.

Upload proves to be as shallow as its characters, a flashy splash of anti-capitalism with no substance. Instead of recognizing how capitalism has lifted millions out of poverty, shows like this would rather whine about how mean rich people are. Let’s hope Jeff Bezos is listening and decides to pull the plug.