After everything we’ve seen from The Young Pope, the only way HBO’s follow-up The New Pope would stand out is if it tried to be reverent. Unfortunately, even after two episodes, it’s clear that we’re just going back to the same pattern of being obscene and insulting the Church. The “Second Episode” proves that with more nudity and a jab on how the Church shows “love.” 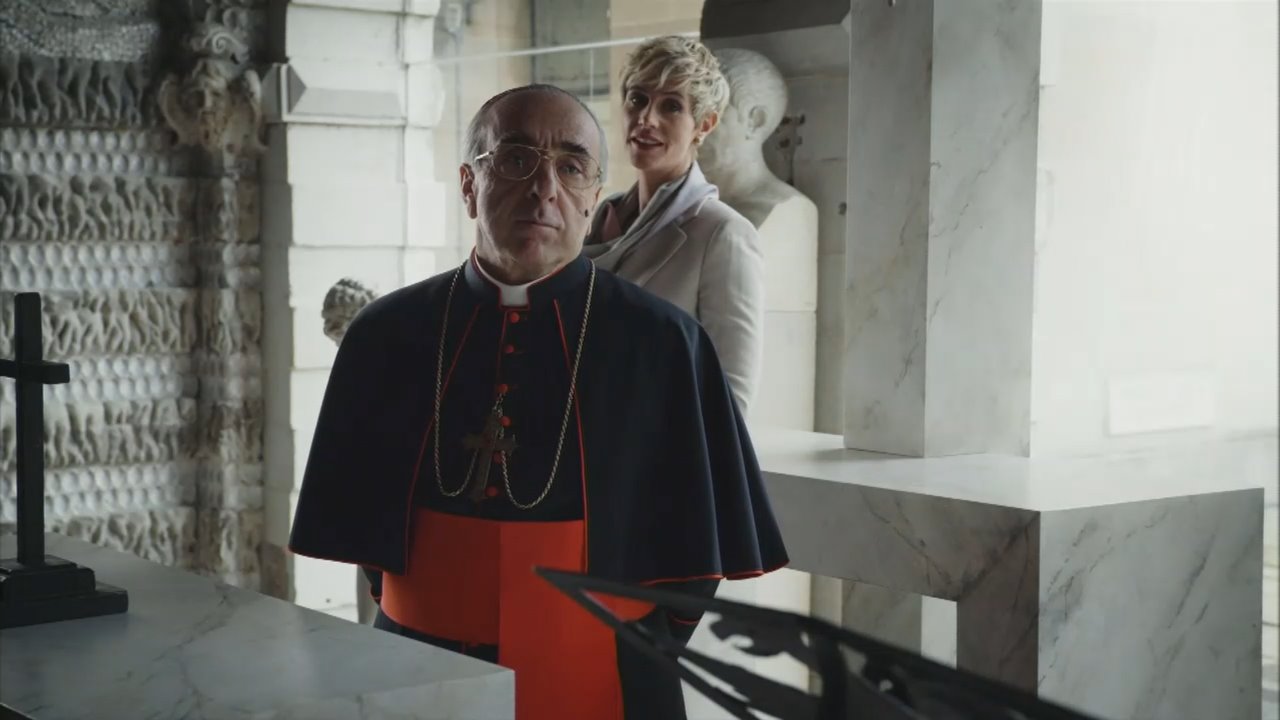 The January 20 episode has the Vatican attempting to convince their latest candidate Sir John Brannox (John Malkovich) to be the next Pope. Unfortunately for them, he’s not that forth-coming, still mourning the death of his twin brother many decades prior. Still, four cardinals and their marketing manager Sofia (Cécile de France) stay in the U.K. to make the effort themselves.

During the night, however, is when things start getting less than holy. Two cardinals, Assente (Maurizio Lombardi) and Gutiérrez (Javier Cámara), have an almost sexual encounter as Assente strips in front of Gutiérrez claiming, “I felt lonely all of a sudden.” Gutiérrez turns him down, but not totally rejecting the action stating, “But if I let you come in now...we'll feel even more lonely later.” Good to know that there’s practically no cardinal in this Vatican who’s really committed to the Church's teachings.

Finally, we get back to the actual plot. Cardinals keep attempting to convince Brannox to lead the Vatican with his notable moderate stance in Catholicism. Despite this, he continues to disagree with the cardinals even on the concept of the Church’s love itself. He leaves them off with this statement that he’ll “think” about the position for now, like the Church only “thinks” about helping those in need.

Sofia: And you, Eminence, what is love to you?

Voiello: Will you accept, Eminence?

Considering we all know from marketing that Brannox becomes the next Pope, all of this is clearly needless padding. The show sadly can’t help but waste its time with more sexual innuendos and criticizing one of the largest charity organizations on the planet. And there’s still eight more episodes of this to go.