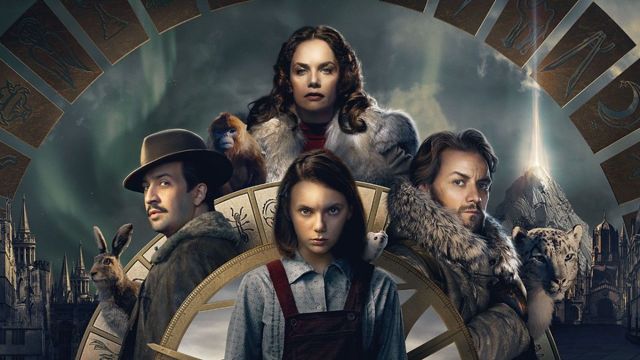 HBO’s His Dark Materials is closing in on its finale which means we’re finally figuring out what’s going on in the story. In an unsurprising turn of events, the Church stand-in in the story written by a devout atheist is bad.

The December 9 episode “The Daemon-Cages” takes us to a place called Bolvangar, the base of the child-snatching “Gobblers.” In a previous episode, the “Gobblers” were revealed to be part of a General Oblation Board (GOB) that worked for and reported to the Magisterium, or the Church. Now, for some reason, they’ve been kidnapping and experimenting on children with the Magisterium’s approval.

When our lead Lyra (Dafne Keen) gets taken herself, she discovers the full extent of the Oblation Board’s work. After kidnapping the kids, scientists attempt to separate them from their daemons, or animal manifestations of their souls. This is done apparently to pull out “Dust” which the Magisterium believes causes sin. Many kids do not survive the process, and the rest remain in a soulless, zombie-like state. Hardly any of the workers have any regrets about what they’re doing, and some even treasure the fact that they will “truly free generations from tyranny of sin.”

The head of GOB, Mrs. Coulter (Ruth Wilson), even explains this explicitly to Lyra saying, “Dust is not a good thing. Grown-ups are infected so deeply that it's too late for them-- condemned to a life of sin, guilt, and regret. This is for a better future, better life.” Despite that sentiment, she doesn’t seem phased by the many deaths or traumas of children remarking, “Every boundary in experimental theology requires the sacrifice of the few for the many.”

If it hasn’t been clear enough to audiences yet, the Church is not only bad but viciously evil. Of course, I doubt the people on this show would say the same about the crazy climate change zealots, especially when the cast compares its child protagonist to Greta Thunberg.

This is the same general plot from the novels written by Phillip Pullman, but the show clearly doesn’t sugar-coat it. Here, the Church kidnaps and even murders children for its backwards beliefs on sin.

Fortunately, the season’s almost at its end, so hopefully we’ve passed the peak of Church-bashing for this year. But with this book series, I’m sure they’ll find the time again.