'Madam Secretary' Once Again Lauds Press: 'Defender of the Truth'

CBS’s Madam Secretary has been on a roll in its final season. After achieving the liberal dream of a Hillary Clinton-like female president, the season also lectured us on free speech and brave reporters. This week, we’re back to praising the “defenders of truth” in the media, straight from the president herself. 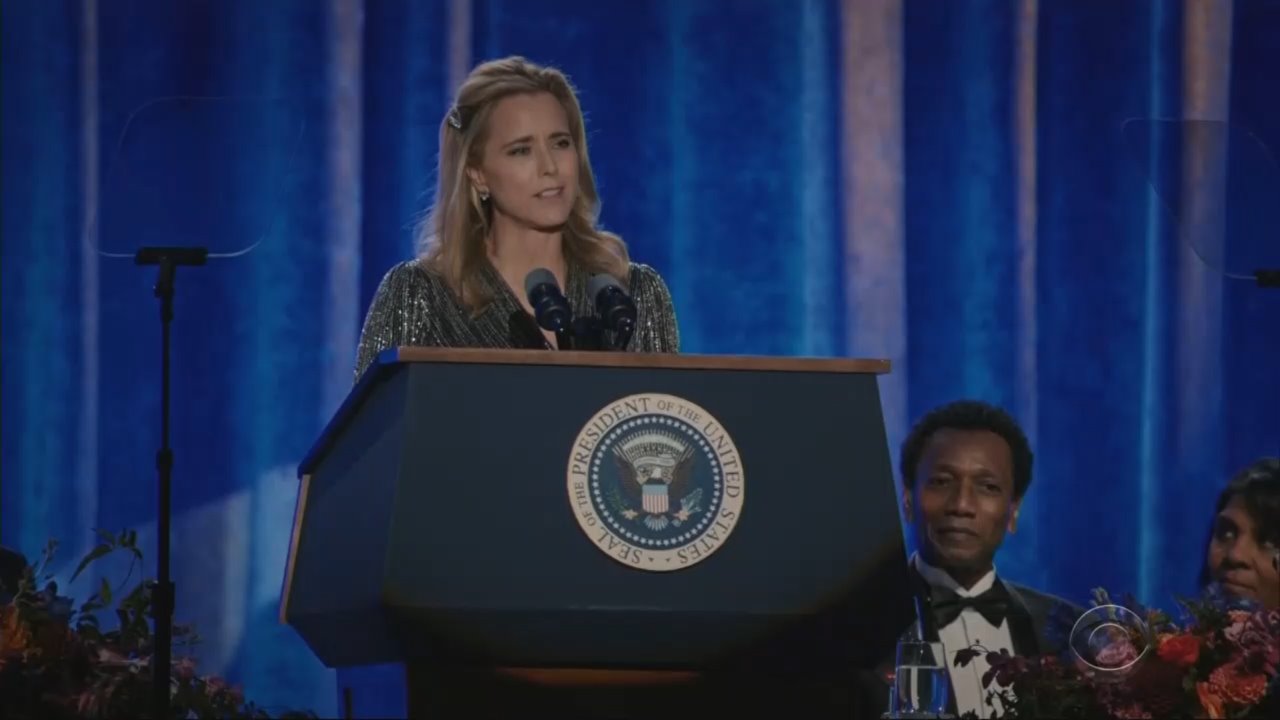 The November 17 episode “Accountability” features President Elizabeth McCord’s (Téa Leoni) first White House Correspondents’ Dinner since taking office. Following the scandal a few weeks prior, she worries over having to stand in front of a press that still despises her. She doesn’t consider simply not attending since she states, “The dinner is a hallowed tradition. Presidents attend whether their political fortunes are rising or falling.” If you consider that a hit at President Trump’s continuous absence at the real-life WHCD, don’t worry. It gets more blatant soon.

Although Elizabeth faces even more scrutiny as her administration seeks to find the Iranian figure behind the election hacks, she ultimately says a few words to the crowd of reporters. Intercut with footage of American agents taking down the rogue Iranian, she proudly supports the press’ “unassailable right to document, to editorialize, to criticize, and to do so without fear of reprisal.” Here comes the obvious Trump criticism.

Elizabeth: But truth is the fabric that binds society together. What makes our government work. What gives people trust in their leaders. And no one is a more important defender of the truth than the people in this room. What you do is serious, and it is important and as critical to our liberty as the work of any branch of government. The people in this room have the unassailable right to document, to editorialize, to criticize, and to do so without fear of reprisal. Because without a free press, truth is not reported, power is not held accountable, and democracy cannot survive.

The Founders had the wisdom to understand this and to enshrine this understanding in our holiest of civic documents. Congress shall make no law abridging the freedom of the press. So says the First Amendment, the elemental freedom without which all other freedoms are imperiled. May we all cherish the freedom that we honor tonight and protect it. Thank you. You're all under arrest.

Once again, she represents what liberals believe a president should be rather than Trump, and that includes kissing the ring of the mainstream media. If members of the press continuously lie, cover up, or push a blatant political agenda, then there very well should be some “reprisal.”

Furthermore, it’s a little ironic that Elizabeth touts the freedom of the press when she didn’t seem to care for freedom of speech in the last episode. It’s even more ironic that this notably liberal figure thinks she’s being unfairly treated by the press. After all, we’ve yet to see anyone beyond the extreme conservatives in Congress cheer for her impeachment.

A free press is needed to hold truth to power. Unfortunately, what we see today is hardly the “defender of truth” Elizabeth thinks she sees. Now, it’s only the defender of whatever hurts Donald Trump.