Hulu’s horror anthology series Into the Dark is kicking off Thanksgiving celebrations a little early this year. Considering some of their last holiday-themed installments include perverting the Fourth of July and Christianity, it only seems natural to attack one of liberals’ most controversial holidays, on All Saints’ Day, nonetheless. Get ready for a predictably violent and moralizing tale of a beloved family gathering because apparently that’s the only way to tell the story. 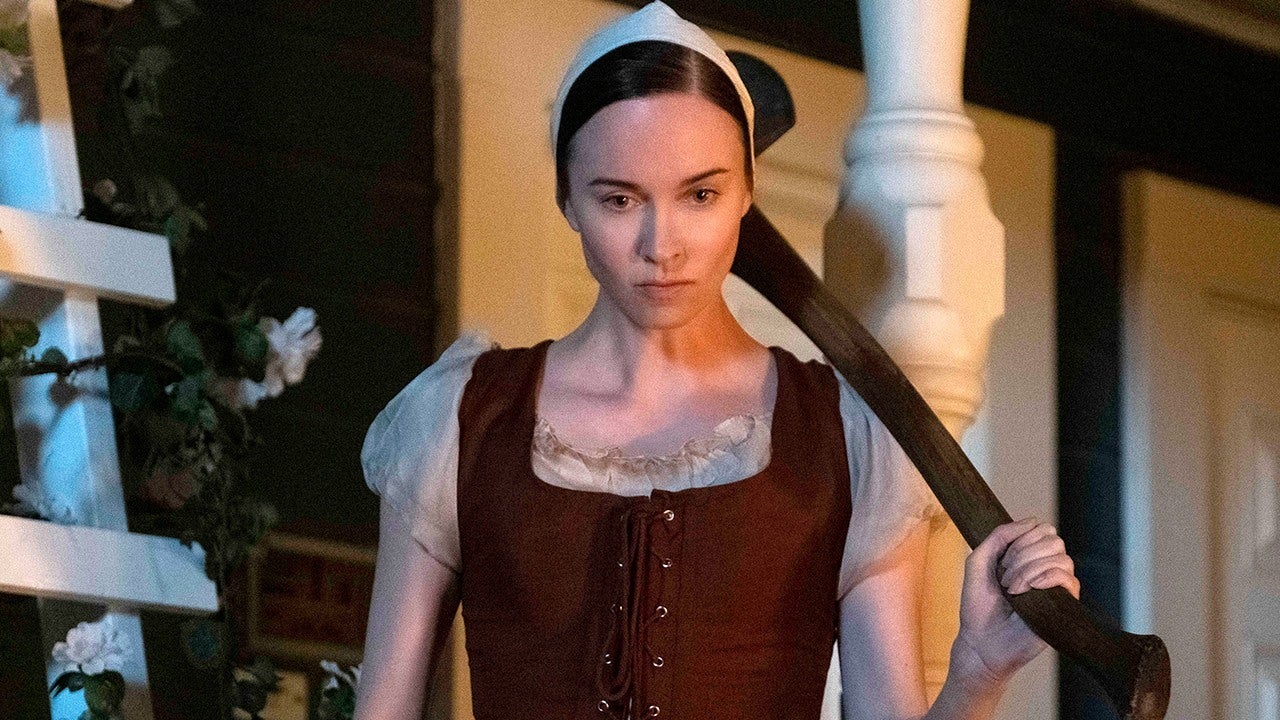 The November 1 episode “Pilgrim” follows a young woman named Cody (Reign Edwards) dreading another Thanksgiving with her family. For one thing, her biological mother left the family during a Thanksgiving dinner, so she’s not exactly welcoming to her distracted father Shane (Kerr Smith) and her vain stepmother Anna (Courtney Henggeler).

Also, she doesn’t like taking part in “the whitewashed history of the Native American genocide,” so there’s that, too. In order to liven up the holiday, Anna invites some pilgrim re-enactors to give them an authentic recreation of the first Thanksgiving. It doesn’t take a genius to figure out where this goes.

The pilgrim re-enactors give an authentic Thanksgiving by coming in uninvited a few days early, taking up the family’s private space, and eventually murdering people. They justify this behavior by emphasizing how they want the family to feel gratitude for the things they have by almost losing them. The experience even starts out predictably as Cody clashes with the lead pilgrim Ethan (Peter Giles) during their first dinner.

Shane: Hey, uh, well we were just discussing all the Thanksgiving memories that we’re going to create this year.

Ethan: Well, Thanksgiving symbolizes coming together, understanding and being grateful for what one has. When we first arrived on Plymouth Rock and were greeted by the Indians-

Ethan:…they taught us their ways. Farming, the local animals, harvesting the crops, and we in return taught them our Old World traditions, and we gave them so many things for which they were very grateful.

Cody: Yeah, um, speaking of re-enactors, can I go to Rachel’s for dinner tomorrow? They’re hosting a Nazi.

First of all, degrading the Pilgrims to the point of being Nazis is not original. Linking early settlers to “Native American genocide” is a subject brought up and thoroughly debunked every Thanksgiving. The fact that Into the Dark is only the latest iteration proves how desperate leftists are to shove that evil Pilgrim narrative down our throats.

Second, this episode claims to be “based on a mostly true story” of the Pilgrims, but it doesn't even get “mostly true” facts right. The Pilgrims here cook a turkey centerpiece, which was likely not the case at the first Thanksgiving. The Pilgrims reference their religion and desire to start a new life, but they never mention the religious persecution of the Pilgrims in England that forced them to leave their homes in the first place. The Pilgrims assault the family as symbolism for “genocide,” but the episode never references that most Native American deaths came from disease and not violence. The show is so desperate to paint white religious people as the bad guys that they ignore history.

Finally, it’s unbelievably ironic that we have an episode like this emphasizing the evil of the Pilgrims allegedly invading Native American territory when Democratic leaders are advocating for illegal immigrants. They don’t even care about religious persecution as a factor. All that matters is that we decriminalize border crossings and give all the illegal immigrants healthcare. It’s hard to condemn the Pilgrims for something that one political party is openly celebrating.

The worst part of the whole thing is that it completely misses or distorts the reason most people celebrate Thanksgiving in the first place. It’s a time people use to show gratitude for having loving families, good food, and a safe home, things many people in the world do not have. Instead, it’s used by liberals to scoff at gratitude and condemn American history for the sake of dishonest political correctness. It’s not a new concept, but it’s still an ungrateful and sad one.