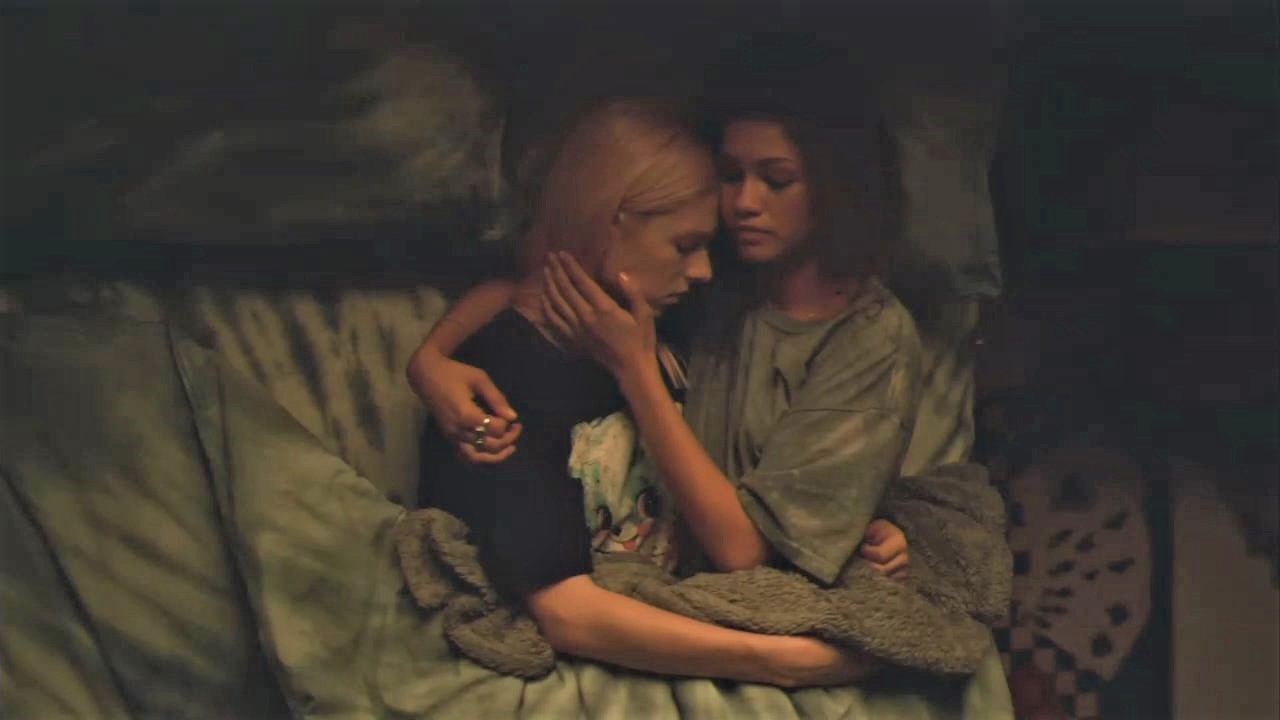 HBO’s Euphoria gets off on showing probably the worst liberal entertainment has to offer, whether it’s statutory rape, way too many penises, or teenagers becoming cam girls. The July 7 episode continues that trend featuring those things and more with a deeper look at the show’s transgender teenager.

On “Shook One Pt. II,” we get a spotlight on Jules (Hunter Schafer), the trans teen girl first introduced with the aforementioned rape scene with a grown man in a motel. At eleven, before transitioning, Jules was committed to a psych ward. Even as a boy, Jules suffered from several mental issues which likely only got worse after staying there. Upon Jules’ first visit, we see a patient whip out his penis, shouting, “Suck my dick, you fucking cunt!” On the bright side, this is the only penis we see in this episode, and that is sadly worth remarking on now after seeing dozens in previous episodes.

The show also doesn’t shy away from commenting on Jules’ body dysphoria. Rue (Zendaya) narrates the scene stating, “She didn't just hate her brain, though. She hated her body, not every part, just her shoulders, and her arms, also her chest, her stomach, her thighs. Her knees were the worst. Plus her ankles, and her big, fucking, stupid feet. She hated her life, not because it was bad, but because when you hate your brain and your body, it's hard to enjoy the rest.”

This self-loathing leads Jules to slit his/her wrists while at the psych ward. After surviving this suicide attempt, Jules eventually starts to transition into a girl at age thirteen with the apparent approval of her parents, though it remains unknown if they know of Jules’ sexual activities.

These scenes right here show everything that’s wrong with Euphoria. It pushes an obvious progressive narrative without any regards for decency even for children. Jules’ story completely bypasses the facts that most children with sexual confusion grow out of it and that suicide rates among transgender people do not improve upon transitioning. We’re only supposed to feel sorry for her and indulge in her disturbing behaviors. Considering Jules attempted suicide at age eleven and now has sex with grown men as a teen, I fail to see how transitioning helped Jules at all. Plus, the fact that Jules had so many mental issues and trauma beforehand kind of undercuts the "born this way" argument.

Of course, the other teens hardly behave any better even without gender dysphoria. Sixteen-year-old Kat (Barbie Ferreira), fresh off her new cam girl lifestyle, has sex with a grown man outside a public carnival. Rue’s thirteen-year-old sister Gia (Storm Reid) gets high off drugs with complete strangers. Finally, Rue initiates the start of what looks to be a relationship with Jules as they kiss in Rue’s bed.

As it seems to be the case with these episodes, the worst might be yet to come.