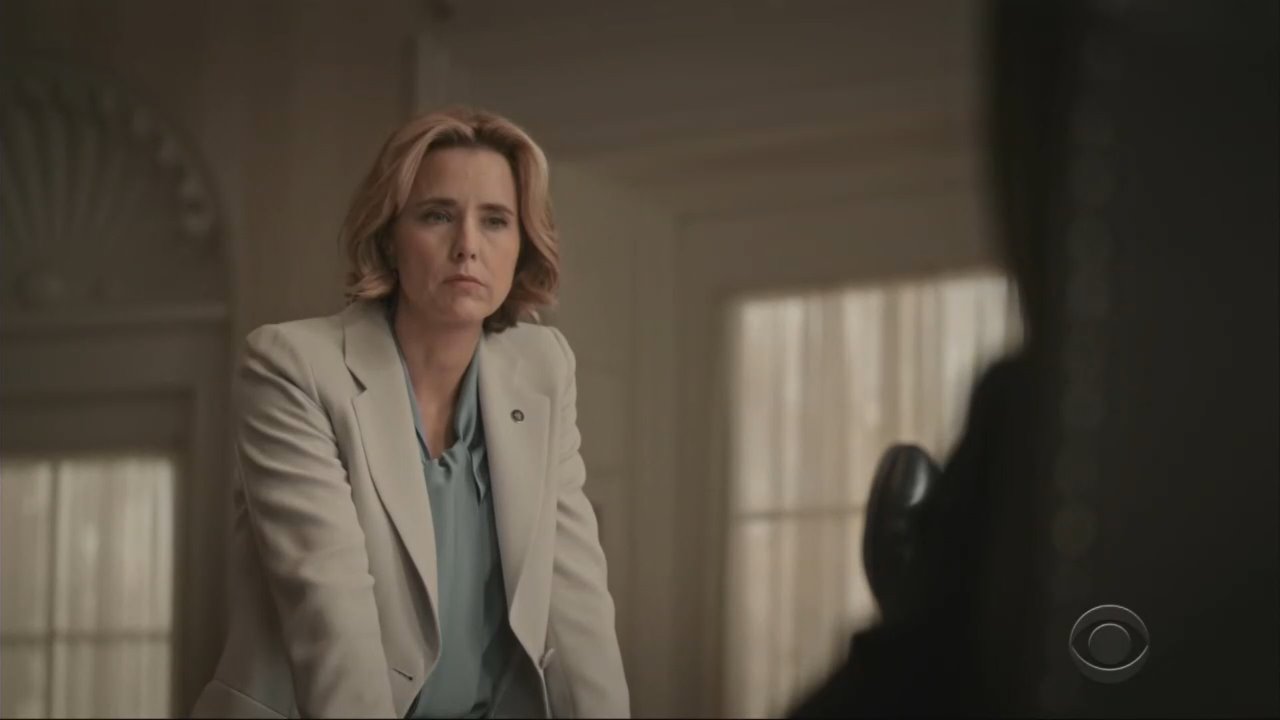 It’s clear by now that CBS’s Madam Secretary has a pretty warped view of reality. It perceives white nationalists as a national threat, promotes fake news as a dangerous epidemic, and still believes the U.S. rips children away from their parents at the border. Now they have a new delusion with corporate greed somehow threatening foreign stability.

The January 13 episode “Strategic Ambiguity” finds the administration in a potential international crisis after a deal with a military contractor. The fictional company Fossor Industries strong-arms the Dalton administration into purchasing twenty extra F-40 jets for the Department of Defense. To properly house those jets, the administration offers to sell the planes to Taiwan. However, Secretary of State Elizabeth McCord (Téa Leoni) reminds the president that China could see this as a provocation and pull out of their recent Fair Work and Trade Agreement. Nevertheless, President Dalton (Keith Carradine) tells her that the fighter plane “has to come first.”

Of course, Taiwan itself doesn’t want the new fighter jets as it doesn’t want to provoke China, but the U.S. pushes a deal anyway to keep the contract with Fossor Industries. The fact that this sole company seems to be manipulating multiple countries in pursuit of money does not go unnoticed, especially to Deputy Assistant Secretary Gary Martin (David Wilson Barnes) and policy advisor Blake Moran (Erich Bergen).

Blake: We're giving Taiwan money to buy jets they don't want because we don't want them, either?

Martin: It makes sense once you accept that it doesn't.

Martin: This town's built on it. Buy me a drink sometime and I'll explain how untrammeled corporate greed distorts our foreign policy and will one day lead to the collapse of the United States and very probably, civilization writ large.

Corporate greed is apparently the bad guy of the episode, and we’ve barely even started on the plot. Trust me, it gets worse.

Eventually, the news about the U.S. deal with Taiwan is leaked to Chinese officials who threaten to pull out of the trade agreement in response. The administration investigates this leak, believing it to be from a Chinese informant. Sources then indicate Deputy Assistant Martin could have leaked the news as he is critical of foreign policy (as seen from above). They eventually trace it back to a girlfriend of Martin’s who actually works for…Fossor Industries.

To put it simply, Fossor leaked the news to China to provoke China’s reaction. In response, the United States would be forced to purchase the extra jets in support of Taiwan and in retaliation of China. With Fossor Industries providing many jobs to U.S. voters, Congress will essentially override any presidential veto to stop the company.

Good grief, I’ve seen shows that portray terrorists as less conniving than these company owners. In the name of profit, Fossor seems prepared to provoke World War III and has the power to do so. It even seems to hold American jobs hostage just to have congressmen override the president’s agreement. We should all be thankful the show stopped short of having anyone killed as a result of this outright awfulness.

Not to mention the show somehow wants us to believe that "corporate greed" is somehow a bigger threat to stability than China. It’s somehow portrayed as more likely that a military contractor would commit espionage than a country that has already been proven to have numerous acts of international espionage. If the show really wanted to portray corporations as fraught with espionage corruption, it really should have left China out of the conversation.

Fortunately, Elizabeth and the administration are able to sway Fossor Industries with a new deal after discovering the company’s ties to public corruption, including campaign finance violations. In the end, it seems that Elizabeth’s declaration that "No company should get to dictate to the United States government" will prevail after all.

Once again, the good Madam Secretary conquers evil greedy corporations but only in the simplistic, imaginary world these writers create.