X-Men Series Takes A Shot At 'Stand Your Ground' Laws 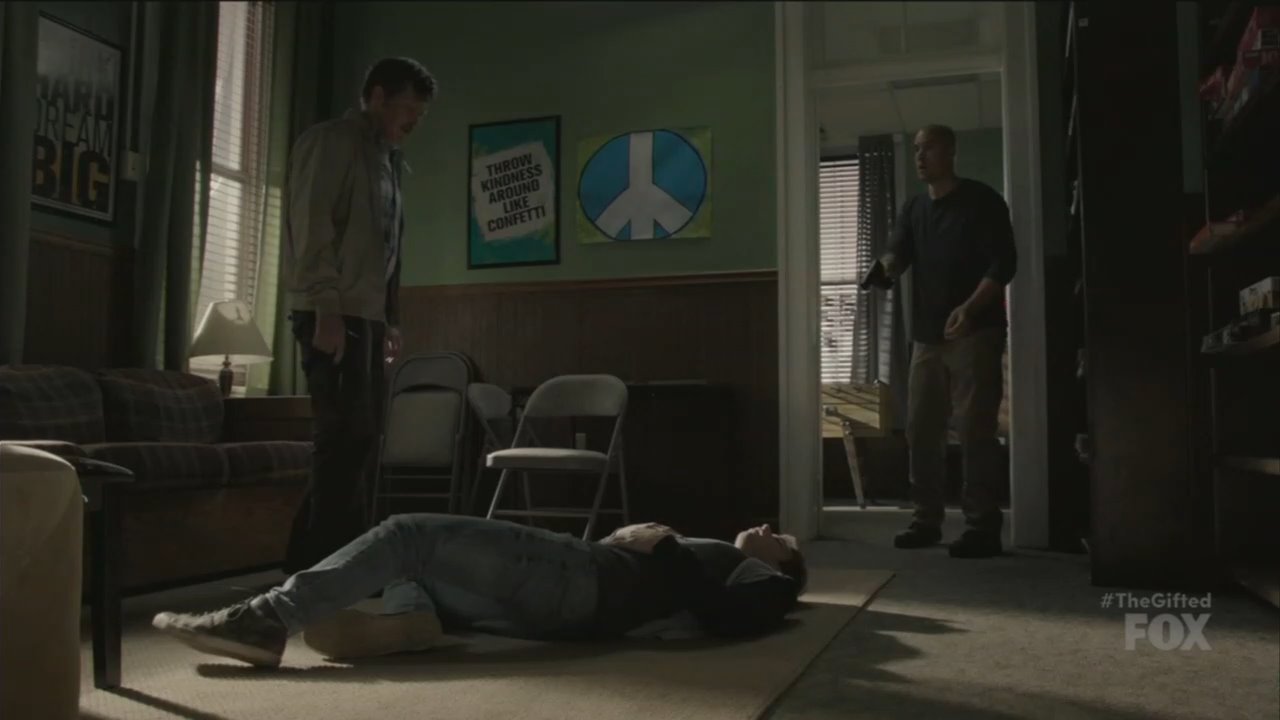 It unfortunately didn’t take long for Fox’s X-Men series The Gifted to come back with another liberal pet issue. Last week's new year premiere gave us a Fox News-esque bad guy after the fall season's premiere provided a scene it thinks resembles an ICE raid. Now we’ve opened the “cop shooting an unarmed citizen” narrative with a bonus slam at “stand your ground” laws.

The January 8 episode “meMento” follows two members of the vigilante anti-mutant hate group The Purifiers searching for loose mutant criminals. Following the mass prisonbreak of incarcerated mutants from the midseason finale, the group is more determined than ever to find, arrest, and kill mutants that they believe threaten the country. This leads Purifiers Jace Turner (Coby Bell) and Officer Ted Wilson (Tom O’Keefe) to a children’s home as a potential refuge site.

Predictably, their arrival goes badly as two teenage boys immediately run at the sight of two Purifiers. After the boys are cornered, Jace manages to speak calmly to one, trying to explain their cause. However, the talk goes from bad to worse when Jace hears Officer Wilson fire a shot in the house. The next thing he sees is Wilson standing over the body of a dead teenage boy. Although the scene looks bad with Wilson shooting an unarmed minor without provocation, Jace ultimately covers for him when authorities arrive, claiming the man “stood his ground.” That’s an interesting choice of words.

Jace: You shot a kid in the chest. That doesn't just happen.

Jace: There's blood all over the back of his chair, Ted. Like he was sitting down.

Wilson: Jace, I don't-I don't know what to say.

Jace: How did he come at you if he was sitting down?

Wilson: I didn't even want to be here! I'm gonna be a cop in prison. Do you know what that means?

Jace: We had info that some escaped fugitives came through here, so...

Officer: I know why you're here. I'm asking what happened. I got a dead kid, a shooter who isn't talking. I need anything you can give me. Did you see anything or not?

Jace: I heard a commotion, I came in the room, I saw the kid... ...looking like he was ready to attack, and Officer Wilson stood his ground.

Officer: All right, then.

It’s no secret that liberals aren’t fans of “stand your ground” laws. Ever since the shooting of Trayvon Martin (which had nothing to do with the “stand your ground” law), left-leaning media heads have been painting the law as an invitation to shoot minorities with no cause. Now you have shows like The Gifted using it as an excuse for irresponsible, bigoted cops.

For the record, “stand your ground“ laws simply mean that people have a right to use deadly force against a reasonable threat without the duty to retreat. The use of force must be proportional to the perceived threat, and this does not change the criteria needed to argue for self-defense. In most cases, it removes the burden of would-be victims to first attempt to retreat over rightfully defending themselves. It has nothing to do with race. It has nothing to do with corrupt cops.

Sadly, that doesn’t stop liberals from painting it as racist or deadly, and it certainly doesn’t stop the media from helping them. For most left-leaning viewers, what Jace did is what all people do when the words “stand your ground” come into play: lie to cover outright murderers. After this episode, I doubt any minds will change on that.